LANSING, Mich. (FOX 2) - Election security and a historic number of absentee ballots are top of mind with the Michigan Primary less than a week away.

On Thursday Michigan Secretary of State Jocelyn Benson warned against "the hacking of voters' minds" and the pervasive possibility of misinformation.

Election security and a historic number of absentee ballots are top of mind with the Michigan Primary less than a week away.

“There will be efforts on Election Day to confuse all of you, to confuse our voters, about everything from who is winning, who is ahead, who is turning out and what problems are happening at the polls," Benson said.

Benson wanted to let voters know that the state is on top of keeping elections in Michigan secure.

“The biggest thing for me is that Democracy is a team sport and we are all in this together," Benson said.

Benson says she’s hired the state’s first election security expert, joined a national registry to ensure the accuracy of voting rolls, and brought on other experts - including the Department of Homeland Security to ensure election system integrity - in light of efforts to meddle in the 2016 election- on the national level.

FOX 2: "Is there any credible evidence that any foreign entities or governments have meddled in the election system here in Michigan?" 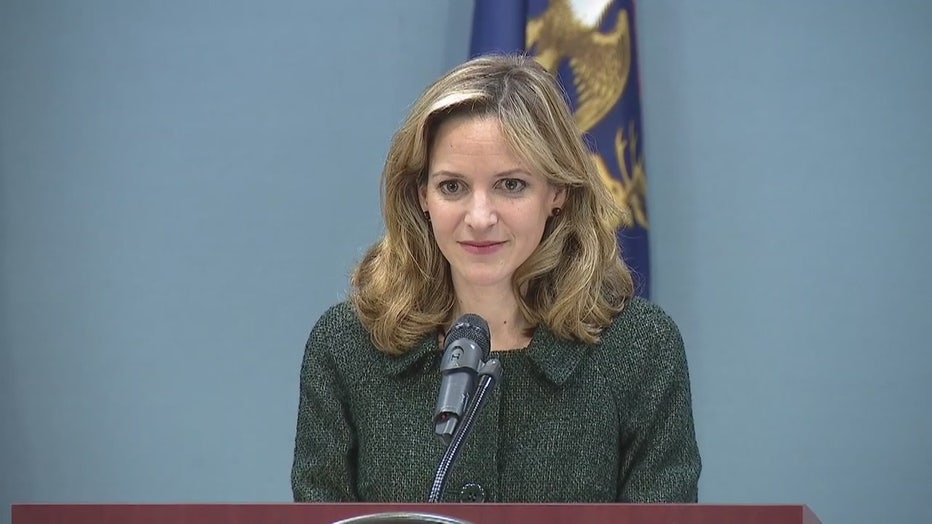 Turnout is expected to be high for next week's primary with already an 80 percent increase in applications for absentee ballots. More than 500,000 ballots already have been cast.

It is likely result of changes made to the state constitution you no longer need a reason to vote absentee and can register to vote through Election Day, which was approved by voters.

“I think we can anticipate a higher turnout than usual, there has been a significant amount of enthusiasm," Benson said.

That means more ballots to count and a longer process delaying when we see results which could be the following day or days later.

"I don't want to get into the business of predicting that, I just want to set expectations that it is going to be later than typically they are accustomed to."

There were 15,902 spoiled absentee ballots with votes for candidates who have since dropped out of the Democratic presidential race as of Thursday afternoon. On Monday there were about 3,800 and this number could rise significantly with Senator Elizabeth Warren dropping out of the race today.