FOX 2 - The National Retail Federation says Americans plan to spend almost a thousand dollars on gifts this holiday season. That includes looking for the best deals, but sometimes, those deals are too good to be true.

Retail safety experts say it’s one of several shopping traps, which could leave you with coal under this Christmas tree. With Cyber Monday coming to a close, the holiday shopping season is only just beginning.

Shopper Rose Liggins said she had a lot of shopping to get done and doesn't like to wait too long. She spoke to FOX 2 outside the Southfield Best Buy store.

"If they have it on the shelf, I’m really happy about that, get it wrapped up, and I’m done," she said, adding that she prefers to shop in-store.

"Think about the following: When little Johnny asks for the newest Xbox for Christmas, and the stores don’t have them, desperate parents will flock to the internet and criminals will be waiting there," said Hernan Albamonte, USA-IT Coalition.

During a virtual roundtable, several retail experts discussed the dangers of holiday shopping, primarily on the dark web, where the illicit economy has become a trillion-dollar industry.

Experts say some of those items sold online are stolen during retail shopping thefts and repackaged. Selling things like fake toys isn’t a victimless crime. It’s happened in our own backyard.

"The counterfeit products aren’t made with the same quality plastics that the legitimate products are made of. they tend to break," said Jay Kennedy, Michigan State Center for Counterfeiting and Protection. "What happens when plastic tends to break? The magnets will fall out of them and kids can ingest them."

Safety experts want shoppers to be vigilant when buying online. It starts with verifying the images of the items you’re buying. 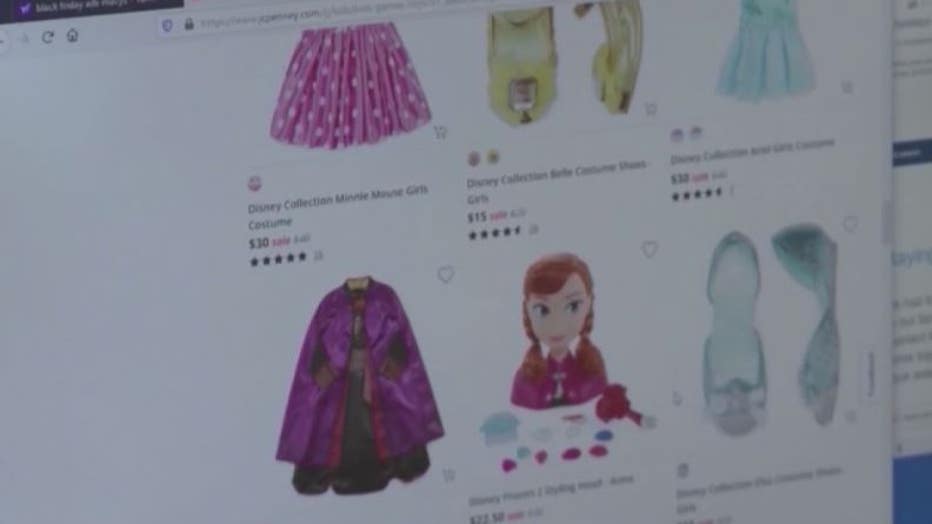