Pro-Trump protesters clash with police at US Capitol

Trump supporters clashed with police as they stormed barricades at the Capitol building in Washington DC following a rally on January 6.

WASHINGTON (AP) - The top federal prosecutor for the District of Columbia said Thursday that "all options are on the table" for charging members of the violent pro-Trump mob that stormed the U.S. Capitol — including sedition charges.

Michael Sherwin, acting U.S. attorney for D.C., said prosecutors plan to file 15 federal cases on Thursday for crimes including unauthorized access and theft of property, and investigators are combing through reams of evidence to bring additional charges.

"All of those charges are on the table. ... We will bring the most maximum charges we can," he said. 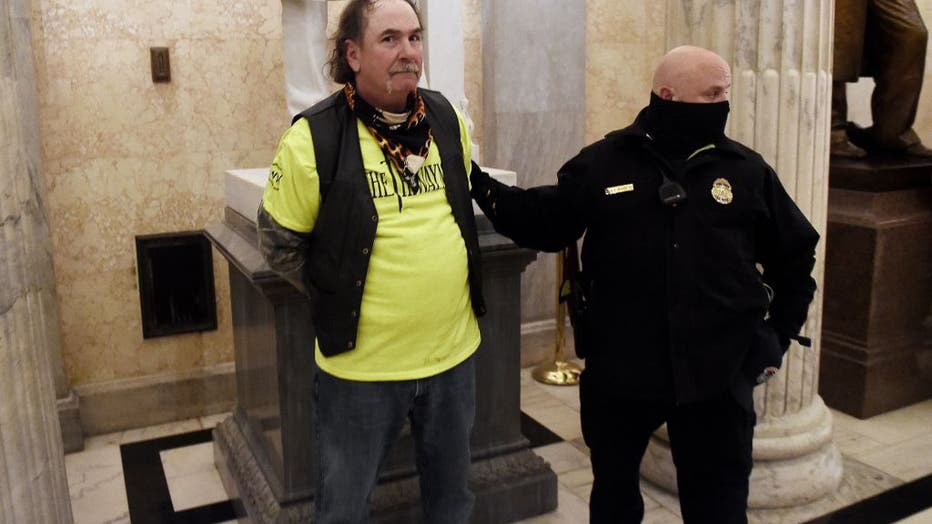 A supporter of President Trump is arrested inside the US Capitol in Washington DC on January 6, 2021.

More than 90 people have been arrested by police in Washington and more arrests are likely. U.S. attorneys from across the country have vowed to find and bring to justice any residents who participated in the insurrection aimed at thwarting the peaceful transfer of power.

Experts say some could face the rarely used seditious conspiracy charge. It's the the same charge former Attorney General William Barr’s Justice Department told prosecutors to consider levying against those who caused violence at protests last summer over the killings of black Americans by police.

Then-Deputy Attorney General Jeffrey Rosen, who stepped into the top Justice Department job when Barr resigned last month, told prosecutors in a memo in September that they should consider the use of seditious conspiracy charges against violent demonstrators, saying "it does not require proof of a plot to overthrow the U.S. government despite what the name might suggest."