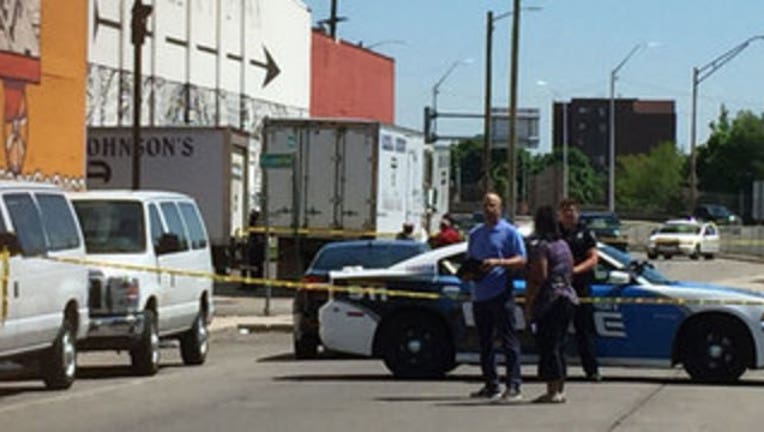 DETROIT (WJBK) - There will be no charges in a fatal shooting involving a delivery truck driver at Eastern Market.

On Wednesday a 35-year-old driver fatally shot 58-year-old Edward J. Ross in the area of the Fisher Service Drive and Riopelle.  Police said the driver, who was a valid CPL holder was making a delivery in that area, when the he came out from the business and noticed two men attempting to steal meat from the back of his truck.

The Wayne County Prosecutor's Office confirmed Ross, 58, of Detroit, was inside a truck stealing boxes of meat with another man at the time of the shooting, through their investigation. The 35-year-old man heard his co-worker scream, he pulled his gun, ran to the truck and saw Ross and a second suspect struggling with his co-worker.

Prosecutors say that Ross moved his hand behind his back as if for a weapon and the 35-year-old shot him once. The second man stealing from the truck, fled on foot.

When the Ypsilanti man heard a co-worker scream, he pulled out his gun, ran to the truck and observed Ross and another man struggling with his co-worker.  Ross moved his hand behind his back as though he was reaching for a weapon and the 35-year-old man shot him, the release said.

911 was called and the Ypsilanti man and his co-worker waited for the police.

"It has been determined that no charges will issue in the case because the 35-year-old acted in lawful self-defense," the prosecutors' office said in a statement. "He had an honest and reasonable belief that the use of deadly force was necessary to prevent imminent death and/or great bodily harm to himself or another person. For this reason, the warrant has been denied."