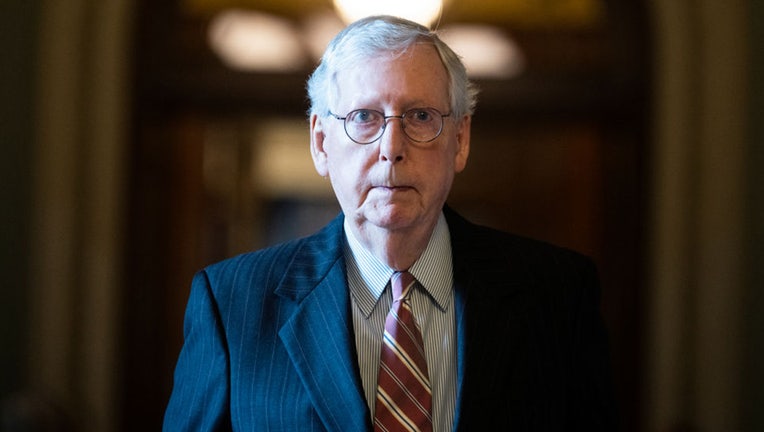 WASHINGTON - Democrats’ first attempt at responding to the back-to-back mass shootings in Buffalo and Uvalde, Texas, failed in the Senate Thursday as Republicans blocked a domestic terrorism bill that would have opened debate on difficult questions surrounding hate crimes and gun safety.

Senate Majority Leader Chuck Schumer, D-N.Y. tried to nudge Republicans into taking up a domestic terrorism bill that had cleared the House quickly last week after mass shootings at a grocery store in Buffalo, New York, and a church in Southern California targeting people of color. He said it could become the basis for negotiation.

But the vote failed along party lines, raising fresh doubts about the possibility of robust debate, let alone eventual compromise, on gun safety measures. The final vote was 47-47, short of the 60 needed to take up the bill. All Republicans voted against it.

"None of us are under any illusions this will be easy," Schumer said ahead of the vote. 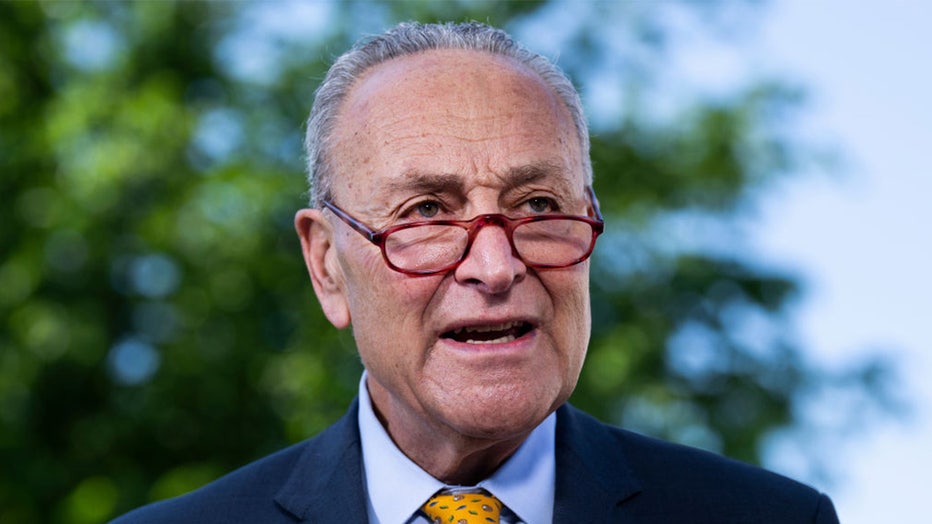 Rejection of the bill brought into sharp relief the prevalence of mass shootings in the United States, with the Senate in the unusual position of struggling to keep up with the violence — voting on legislation responding to shootings in Buffalo and California that have been overshadowed by yet another massacre, this time at a Texas elementary school that killed 19 children and two teachers.

Schumer said he will give bipartisan negotiations in the Senate about two weeks — the next 10 days, while Congress is away for a break — to try to forge a compromise bill that could pass the 50-50 Senate, where 60 votes will be needed to overcome a filibuster.

A small, bipartisan group of senators who have for years sought to negotiate legislation on guns huddled Wednesday night in the Capitol. But so far, there appeared to be little appetite among Republicans for major changes. Schumer acknowledged Democrats’ "deep skepticism" about reaching a deal.

Murphy has been working to push gun legislation since the 2012 attack at Sandy Hook Elementary School in Newtown, Connecticut, that killed 20 children and six educators.

The Democrats’ best hopes for a legislative partner could be Republican Sen. John Cornyn of Texas, who ushered to law a modest bill to encourage compliance with gun purchase background checks during the Trump era, after devastating 2017 church shootings in his state.

Cornyn said he and Murphy have been in touch and have been talking over these issues for a long time to try to and find compromise. "Maybe this is an impetus," he said of the Uvalde attack.

Still, Cornyn cautioned that "restricting the rights of law-abiding citizens is not going to make our communities or our country any safer.

Sen. Pat Toomey, R-Pa., told reporters that a bill he has been working on for the past decade to expand background checks for firearm sales still does not have enough support to advance in the Senate. "I couldn’t count 60 at this point," he said, "but we’ll get there." 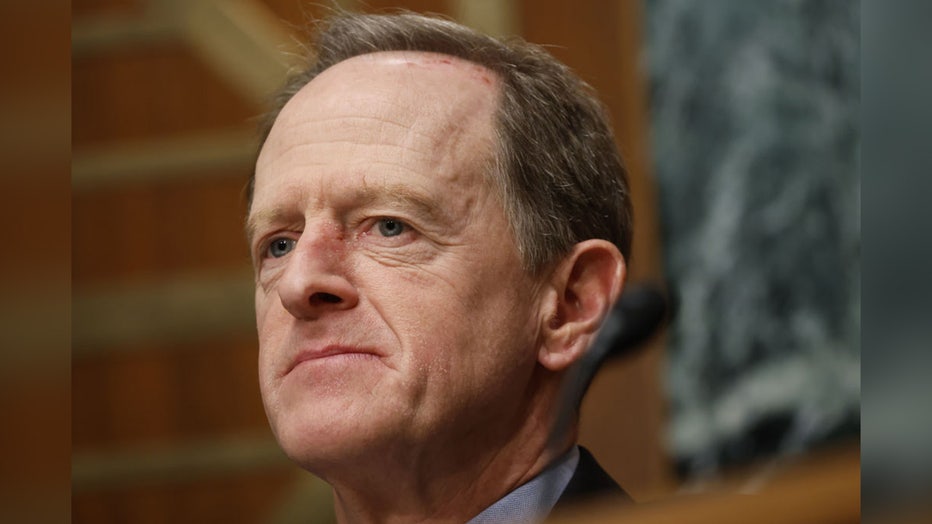 FILE - Sen. Pat Toomey, a Republican from Pennsylvania and ranking member of the Senate Banking, Housing, and Urban Affairs Committee, during a confirmation hearing in Washington, D.C., US, on Thursday, May 19, 2022.  (Ting Shen/Bloomberg via Getty Images)

In one sign of GOP resistance to shifting the gun policy debate, several Republican senators came to the floor Thursday to discus other topics -- immigration, border security and, in the case of Senate Republican leader Mitch McConnell, the nation’s struggle with inflation.

The domestic terrorism bill that failed Thursday dates back to 2017, when Rep. Brad Schneider, D-Ill., first proposed it after mass shootings in Las Vegas and Southerland Springs, Texas.

The House passed a similar measure by a voice vote in 2020, only to have it languish in the Senate. Since then, Republicans have turned against the legislation, with only one GOP lawmaker supporting passage in the House last week.

"What had broad bipartisan support two years ago, because of the political climate we find ourselves in ... or to be more specific, the political climate Republicans find themselves in, we’re not able to stand up against domestic terrorism," Schneider, who came into office in the wake of the Sandy Hook school shooting, told The Associated Press.

Republicans say the bill doesn’t place enough emphasis on combating domestic terrorism committed by groups on the far left. Under the bill, agencies would be required to produce a joint report every six months that assesses and quantifies domestic terrorism threats nationally, including threats posed by white supremacists and neo-Nazi groups.

Proponents say the bill will fill the gaps in intelligence-sharing among the Justice Department, Department of Homeland Security and the FBI so that officials can better track and respond to the growing threat of white extremist terrorism.

These efforts would focus on the spread of racist ideology online like replacement theory, which investigators say motivated an 18-year-old white gunman to drive three hours to carry out a racist, livestreamed shooting rampage two weeks ago in a crowded supermarket in Buffalo. Or the animus against Taiwanese parishioners at a church in Laguna Woods, California, that led to the shooting death the following day of one man and the wounding of five others.

While Schneider acknowledged that his legislation may not have stopped those attacks, he said it would ensure that those federal agencies work together to better identify, predict and stop threats.

Under current law, the three federal agencies already work to investigate, prevent and prosecute acts of domestic terrorism. But the bill would require each agency to open offices specifically dedicated to those tasks and create an interagency task force to combat the infiltration of white supremacy in the military.

The proposal would stop short of creating new federal statutes needed to prosecute domestic terrorism in the same way the U.S. prosecutes attacks inspired by foreign groups. It would not create new criminal offenses or new lists of designated domestic terrorist groups. And it would also not give law enforcement additional investigative powers.

But supporters say it would be an important toward helping the government broadly assess, for the first time, the volume of domestic terrorist attacks and threats in the U.S.

"This alone is not going to do much to actually directly combat the threat of domestic terrorism but to me, this is like step one," said Mary McCord, who served as a senior Justice Department national security official in the Obama administration and into the early Trump era.

This story is corrected to show that Sen. Collins' vote was incorrectly announced in the Senate chamber as a yes vote. All Republicans voted against the measure.

More on the school shooting in Uvalde, Texas: https://apnews.com/hub/school-shootings