LANSING, Mich. - Senate Majority Leader Mike Shirkey isn't angry with Gov. Whitmer. But he's not happy with her either.

"I'm frustrated for the state of Michigan," said Shirkey in Lansing during an interview.

Budget season has laid bare the differences that GOP leadership has with their Democratic governor. One wouldn't need to look far for evidence. The night Whitmer signed the budget, she vetoed 147 line items from the proposal, including funding for the Pure Michigan campaign, college scholarships and a slew of everything.

The GOP's budget differences with the governor were laid bare Wednesday following Whitmer's veto of 147 items from the legislature's proposed budget. After cutting more than a billion dollars from the proposal, there's chatter in Lansing that that money could be sent back to taxpayers.

That's left a billion in the budget to be used differently - or to be sent back to taxpayers. At least, that's the chatter in Lansing.

Whitmer has heard the chatter too. But she's not so keen on sending that money back and feels it should instead fund many state services she said she had to veto earlier this week.

"I would say to the taxpayers exactly what the cost is for that. They want to close down two prisons, they want to stop monitoring sex offenders and drunk drivers," Whitmer said. "And that's why I'm not going to have the debate about what they may or may not do."

Against that backdrop, the governor plans to meet with GOP and Democratic leaders from the State House and Senate on a supplemental budget bill that would restore some of those state services. 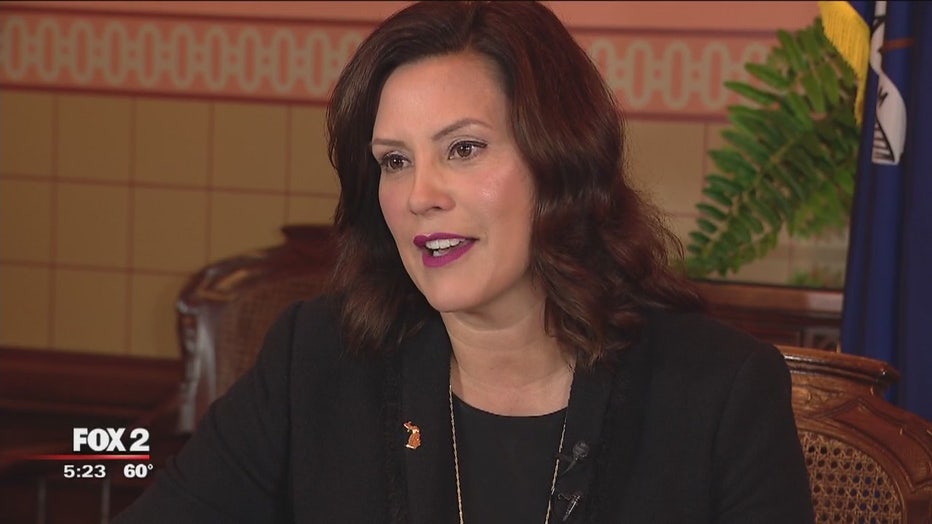 While Shirkey has elluded to taking those budget requests and ironing out the differences with Whitmer in the past, on Wednesday he stated he never committed to taking it up. And that means whatever unfolds Thursday may not be such a lovefest.