DEARBORN HEIGHTS, Mich. - WEB UPDATE: A judge has issued a stay in the deportation case of Median El-Moustrah.

"My father is ill, he is a sick man, sitting in a jail, not a criminal," said Mariam Charara.

Median El-Moustrah has been locked up in an Immigration and Customs Enforcement detention center in Battle Creek since November 12,

"He has been order to be removed immediately this week - they won't tell us what date," said Charara.

The Dearborn Heights man is very ill. He has diabetes, liver damage, hepatitis b and hearing loss. His family fears that if El-Moustrah is deported to Lebanon, he won't get the medical care he needs to survive.

The 49-year-old business owner has been living in the US for about 30 years. He obtained a green card when he was briefly married to an American citizen in the early 1990s. The marriage only lasted about a year.

Fast forward to 2007 when he tried to get his green card renewed and couldn't remember his wedding anniversary to his first wife. Immigration officials accused El-Moustrah of marriage fraud - despite a sworn affidavit from his first wife stating the marriage was valid.

El-Moustrah has been fighting deportation ever since.

"Even though Median was not here as an American citizen that doesn't make him any less human than the rest of us," said Mohamad Fouani, business partner.

Congresswoman Rashida Tlaib is doing what she can but she says she's not getting very much information from immigration officials.

"I'm pleading with ICE to use your discretion, based on humanity, for humanitarian reasons for his family, for his sake, that my father not be another case where his body is sent back from a country in a body bag."

"They deserve better than this," Tlaib said. "We are not a country that sends people to die. And I am asking all the officials that have the authority to push and use their discretion."

ICE sent a statement saying there have been multiple hearings and appeals in the case. They have allowed El-Moustrah to remain free as the judicial process plays out. They also added he will remain in their custody pending his removal. 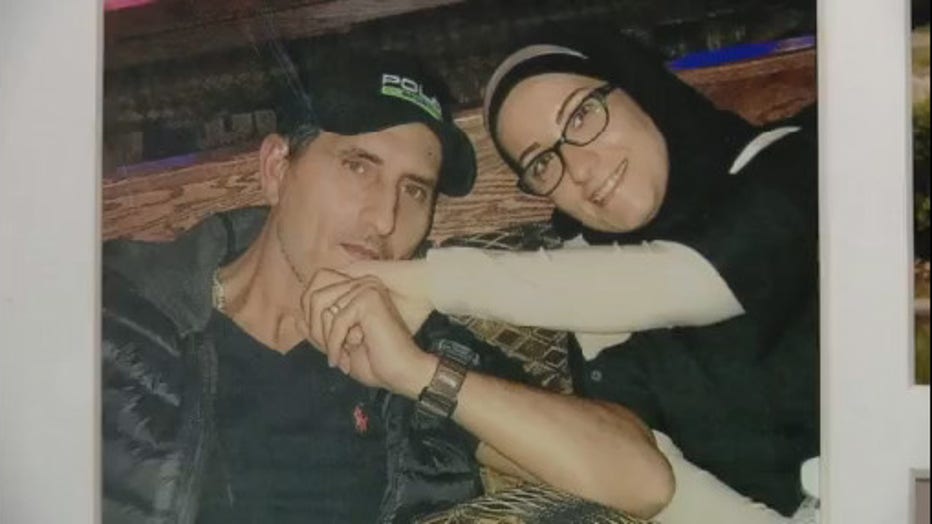 See below for the full response:

"Since 2014, ICE has exercised prosecutorial discretion multiple times over the last five years to allow Mr. El Moustrah additional time to coordinate his return to Lebanon.  Prior to his Nov. 12 arrest, Mr. El Moustrah had been previously allowed to remain free from custody while he made those arrangements. He will now remain in ICE custody pending his removal."