And they believe it - because who would lie about being a Prisoner of War?

"What kind of monster makes that kind of information up or pulls that out of their hat to gain your confidence? Only a monster," Efthemiou said.

The sad story James Meece, 71, tells is that he's a military veteran who was deployed overseas and served in Vietnam.

"While overseas as a special forces operator for the military, he gets captured and becomes a Prisoner of War. So he has suffered this mental anguish through his military career. so he's distinguished hero," said Efthemiou.

But it's all a lie. James William Meece was born in northern Kentucky moved to Michigan's Upper Peninsula in the late 1980s, but he already had a criminal record.

Meece was convicted of rape in southern Ohio in 1980 after previous convictions of fraud and weapons offenses in the 1960s.

Meece moved to Escanaba and in with a woman with two young girls.

"Throughout the course of their two-year relationship, he brutally molested and abused these children," said Efthemiou. 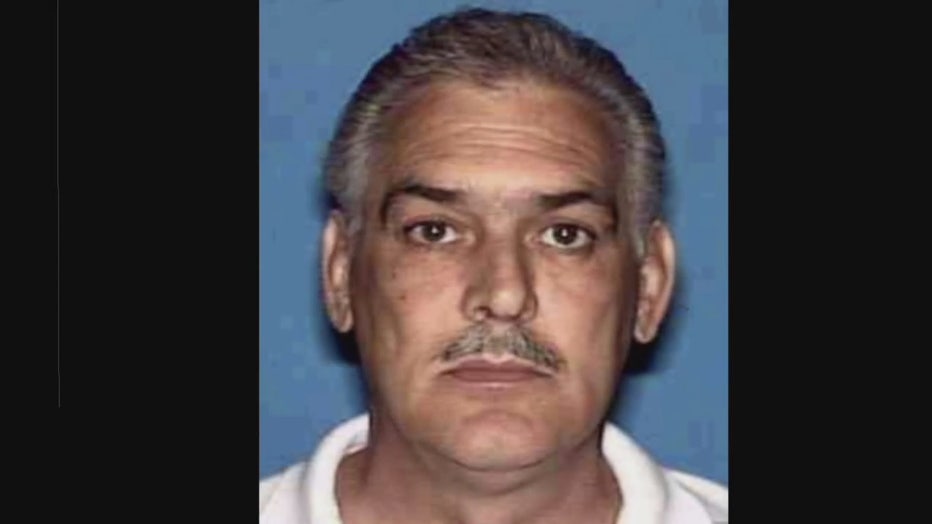 Efthemiou says Meece constantly threatened the girls telling each of them, if they told anyone he'd kill them both - and their mother.

"It took these kids to get up enough courage to say enough is enough we're not getting abused anymore," he said.

Thinking Meece had left the house, the two girls both under the age of 13, finally told their mother what Meece had been doing to them.

"He happened to be in the house at the time," Efthemiou said. "He fled the home, stole her car."

Meece was arrested soon after and in 1991 was convicted of criminal sexual conduct in the second degree.

Now a registered sex offender, Meece served time and was then paroled in 1999. But Meece decided he didn't want to follow the law. He had three felony warrants issued for failing to register as a sex offender and absconding from parole.

And since then: "Law enforcement has pretty much been three or four steps behind him trying to locate him," Efthemiou said.

Efthemiou says Meece has ties to the Midwest, along with California and Colorado and appears to be targeting single women over the age of 50 since he took off.

"And then he lives off their money, their shelter," Efthemiou said. "Then he will create a story for them that he'll have a need to leave." 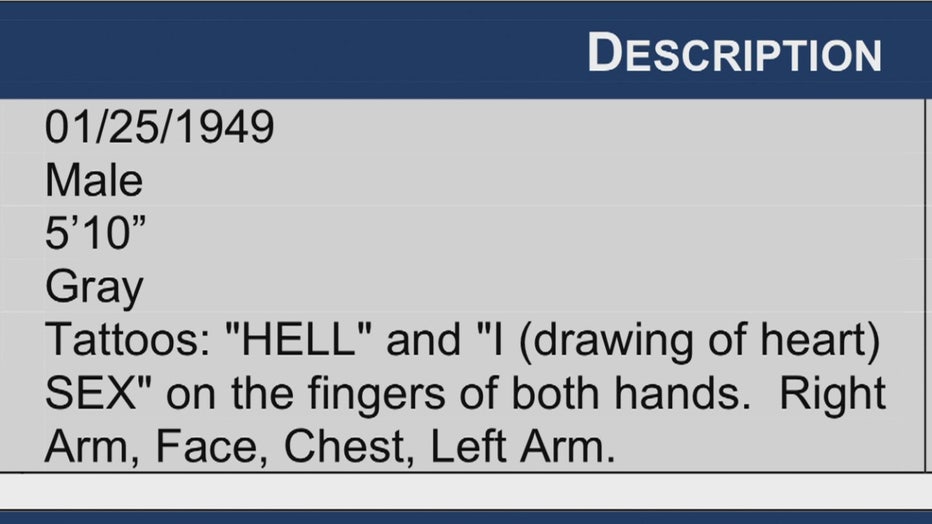 Efthemiou says not only does Meece tell women he was a POW and tortured by the Vietnamese, in reality he was never deployed, never left the United States and never even saw combat.

He's taken his military stories a step further, strategically placing false military documents where these women will find them.

FOX 2: "Where does he get these documents?"

"He prints them up," Efthemiou said. "That's the definition of a psychopath."

Efthemiou says the con man would even fake symptoms of post-traumatic stress disorder.

"One of the victims recalls him waking up in the middle of the night and what she noticed as martial arts moves," Efthemiou said. "He was saying things to the effect of get back or I'll kill you."

Efthemiou says Meece has been married twice, but they don't know how many women he has conned - or continues to con.

FOX 2: "So he just takes their money, lives with them, evades capture and goes on to the next one?"

Efthemiou: "Right. I think it's diabolical."

Meece is still pretending to work for the government and appears to be moving around constantly.

"So when he leaves mysteriously it's not for the United States - it's so he can avoid staying in one place for too long," Efthemiou said. 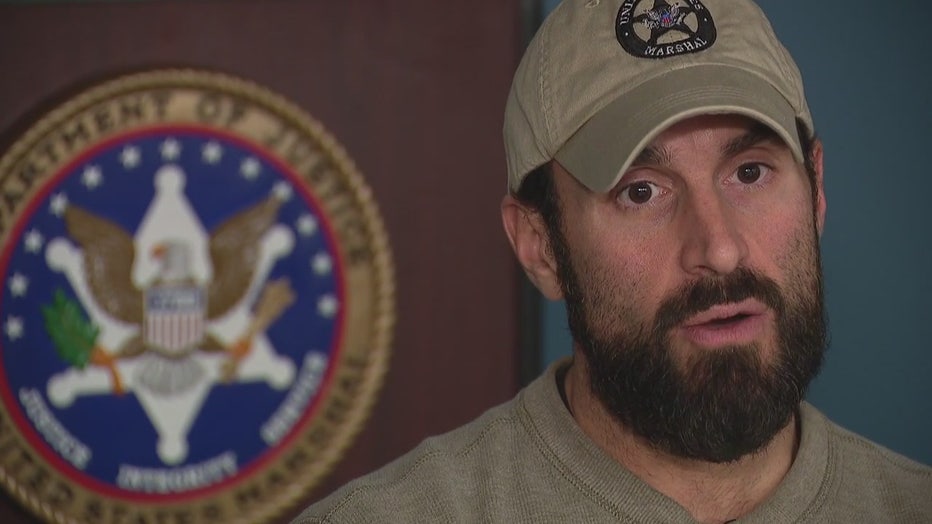 FOX 2: "Do you think his family is helping him?"

Meece may be using a trailer avoiding major roads and highways and staying out of sight at campgrounds.

"He's got several aliases that we've identified - James Mercier and then an Anthony Benetti with A, B or Venetti with a V," Efthemiou said.

Meece has tattoos - up and down his arm and the tattoos on his knuckles - and he may be trying to scrub them off.

"One set of knuckles says H-E-L-L and the other one has the letter I, a heart symbol and SEX. 'I love sex.' This is the kind of individual James Meece is. He wears it on his knuckles," Efthemiou said.

Meese’s dress is unassuming - but he comes off very confident, "having committed to his lies," Efthemiou said.

"This is his job. He has no long-term employment," he said.

Conning women across the county, draining their bank accounts and likely relying on his abusive ways to keep them.

"This is a monster. This is a highly manipulative monster," Efthemiou said.

Investigators are trying to follow the bread crumbs Meece leaves behind, saying that every piece of the puzzle counts.

U.S. Marshals are up for the challenge to finally get Meece back behind bars.

"Anyone out there who has any hesitation about turning this monster in - think about the little girls whose lives have been forever changed - ruined in some regard - because of the actions of this man," Efthemiou said. "Then think of the children that potentially be affected by them."

Meece may also have ties to Florida, if you have information on his whereabouts the tip line is 313-234-5656. 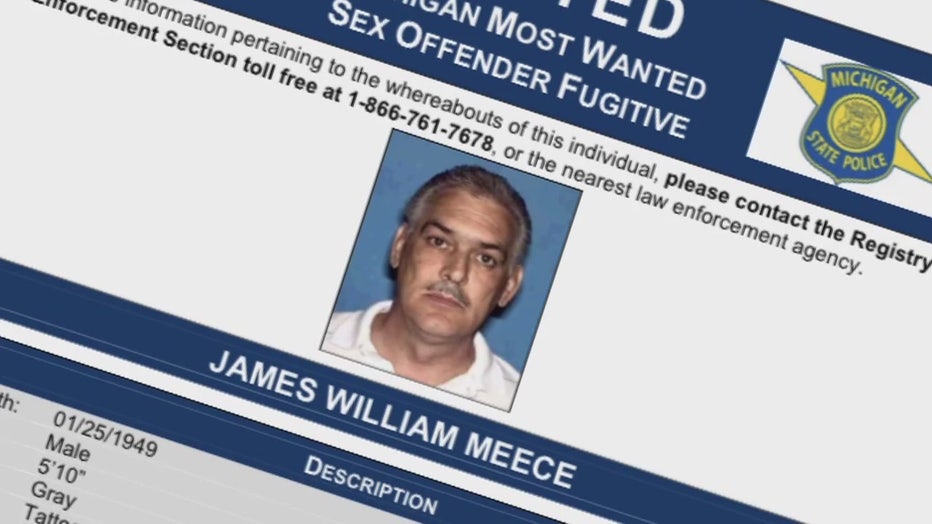