The attorney claims nearly two decades later - even though Mangalick has admitted in court to groping women - Henry Ford still hasn't launched its own investigation -- and he claims it has stonewalled every attempt to get to the truth.

FOX 2 - A Wyandotte-based doctor accused of sexually assaulting at least two patients has pleaded guilty to the crimes. Now his victims are suing Dr. Girish Managlick and  Henry Ford Health System, claiming the hospital knew about him but never did anything about it.

Former patient Kristi Watts spoke about her experience with Mangalick during a 2016 appointment.

"I was seeing Dr. Mangalick (for) migraines and cluster headaches," said Kristi Watts. "I sat up as fast as I could and I said, 'What the (expletive) do you think you're doing?"

The Henry Ford Health neurologist had always given Watts botox shots for her headaches - but not that time.

"I wasn't really thinking anything was wrong, he’s a doctor," Watts said. "He leaned back the table, and before I could even blink, he pushed my shirt and my bra over my head and was groping me."

Former patient Kristi Farley told us how Dr. Mangalick, who was supposed to treat her for extreme nerve pain in her back and neck -  instead started groping her breasts.

"He ripped my bra above my breasts and started fondling both my breasts," she said.

A lot has happened since FOX 2's story first aired. According to attorney Jim Rasor, a total of six women have come forward with the same allegations of sex assault against Mangalick.

Both victims who spoke to FOX 2, filed complaints against the doctor. Wyandotte police investigated and Mangalick was eventually charged with fourth-degree criminal sexual conduct.

The women say they were ready to testify against their attacker in court - until the Wayne County Prosecutor's Office offered Mangalick a deal.

In November 2021, Mangalick pleaded guilty to sexually assaulting both women in exchange for amending the charge to assault and battery. Mangalick would also lose his medical license and close his practice.

For his victims, it is not enough.

"I know justice wasn’t done at all  - he didn’t have to go to jail for what he did, he’s not on any sex offender registry," Watts said.

"It took so much to get him prosecuted, he got prosecuted, but he's still not a sexual offender - but he should be," said Farley.

Both women have since filed a lawsuit against Mangalick and Henry Ford Health. Their attorney Jim Rasor says the hospital could have prevented this from happening, again.

The first sexual assault complaint against Dr. Mangalick - doing the exact same thing - dates back to 2004, and according to records, Henry Ford worked with the state licensing board LARA, to get the complaint dismissed.

"Henry Ford knew since 2004 from credible witnesses, that he had been molesting them during examinations and failed to take the most simple safeguards to prevent that from happening," Rasor said. "All they had to do is requre a female medical assistant or nurse be in the room when he examined women and this would be prevented."

But that never happened with patient Kristi Farley or Christi Watts and when Watts says she told doctors and other agencies what happened, they told her it was basically her word against the doctor - which is one of the reasons why it took so long for this case to be prosecuted.

"He has no clue what he did to me inside," Watts said. "I live with this everyday and it haunts me."

Rasor says several other women have since come forward but are afraid to file a formal complaint. He believes there are even more. But the attorney claims nearly two decades later - even though Mangalick has admitted in court to groping women - Henry Ford still hasn't launched it's own investigation -- and he claims it has stonewalled every attempt to get to the truth.

"Henry Ford hospital need to let us know all the complaints that were received, Henry Ford needs to notify all of the women that this doctor treated, to see whether they were molested," Rasor said.

"There are women who are scared to come forward, I guess the trauma of it - or they want to forget it, it’s terrible," Farley said. "I have been going through it for quite some time. You can’t sleep at night, you think about it all the time It is terrible."

"We take complaints very seriously. When we receive a complaint directly to our organization, we launch an immediate and thorough investigation and take appropriate action when necessary. The doctor in this case was an independant private practice physician and not a Henry Ford Health employee at the time of these allegations. Because of pending litigation related to the physciian, we cannot further comment." 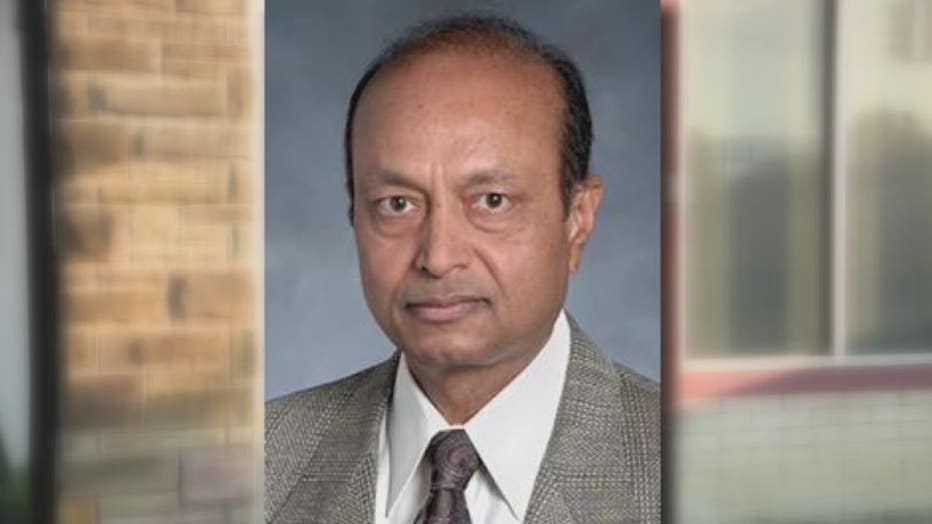