FOX 2 - Kristi Farley said she was a patient of Dr. Girish Mangalick, a neurologist she says she was referred to by Henry Ford Health System in Wyandotte. She wanted help with nerve compressions in her back and excruciating neck and shoulder pain.

In August of 2017, the Woodhaven woman claims Dr. Mangalick started examining her neck and shoulders and he then allegedly sexually assaulted her.

Kristi Farley said she was a patient of Dr. Girish Mangalick, a neurologist she says she was referred to by Henry Ford Health System in Wyandotte. She wanted help with nerve compressions in her back and severe neck and shoulder pain.

Farley said she didn't know what to do, and was in shock.

"This lasted 30 to 45 seconds and abruptly stopped," she said. "I remember opening my eyes, he had my folde in his hands and he said if you need to come back, make an appointment, and he left."

It took a while for her to process what happened, but she says she eventually filed a complaint with the Wyandotte Police Department and the state licensing department.

That's when she learned, she wasn't the only one.

"Henry Ford knew he did this, they are allowing him to do this to people, they are vouching for him," she said. "They gave his phone number to me."

According to the request for dismissal by the assistant attorney general at the time., a patient filed a complaint against Dr. Mangalick in 2004 for exposing her chest and sweeping gauze over her breasts during a neurological sensory exam. again - no chaperone in the room.

Dr. Managlick never agreed to be interviewed, but because he had no former complaints and agreed to take medical education courses on professional sexual misconduct, the complaint was dismissed. 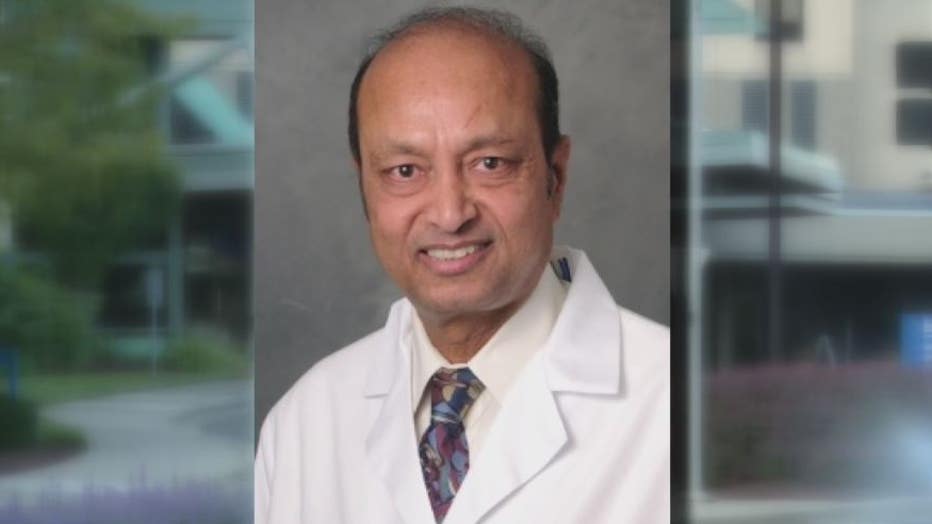 "This is not a case where Henry Ford didn't know, this is a case where they knew and tried to protect the doctor from what he had done and they were successful in getting LARA to end an investigation that should have gone forward," said attorney Jim Rasor.

That's why on behalf of Kristi Farley,  Rasor filed a lawsuit against Dr. Mangalick and Henry Ford Health System.

We've also learned Wyandotte police are looking for the doctor. Two weeks ago, a fourth-degree criminal sexual conduct warrant came out for his arrest.

"This doctor is out there he may be seeing patients tomorrow," Rasor said. "We don't know why he has not faced justice yet, but we know he is a risk to every woman who sees him."

"I felt safe," Farley said. "I never thought of going to the doctor and something like this happening to me."

A statement from Henry Ford Health System said "We can confirm that this doctor is not a Henry Ford employee and currently has no contact with any of our patients because of pending litigation we are unable to comment any further."