Rob Wolchek tracks down a PPE businessman who's hard to find - and has a trail of investors and customers furious.

FOX 2 - Lalit Verma is the man behind the Leaf Mask, a product that hit the market right on cue.  It looks fancy, high-tech, and safe. The Leaf Mask was a runaway success.

The spring of 2020 was a scary time.  COVID-19 had everybody worried.  Businesses shut down and mask mandates were everywhere.

But, a company called Redcliffe Medical had a solution.  A see-through mask that featured carbon HEPA filters that claimed to possess N95 and even N99 ratings.

The Leaf Mask was part of an Indiegogo fundraising investment campaign and it took off, raising more than $4 million from backers.

Investors were promised Leaf Masks and the entrepreneur running the company looked like a safe bet.

"Mr. Verma has developed many successful ventures from start-up to a multimillion-dollar revenue business" it says on his LinkedIn page.

Frances is an essential worker, a grocery store clerk in California.

"Where I work, we actually had one person that contract COVID-19 and he died," she said.

She ordered several of the high-quality masks last July and they sure weren't cheap. 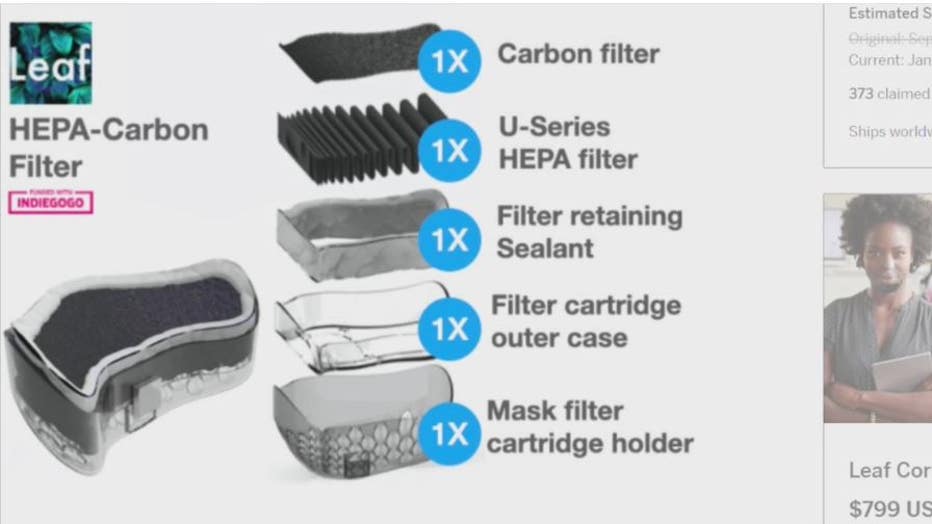 Almost a year later, she still did not have them - even though she was an original backer on Indiegogo.

Chris is another original backer.  He runs a mental health clinic in Lansing. He ordered more than $1,000 worth of the Leaf masks to keep his staff and patients safe.

"To me, this is really personal beyond just the money," he said. "Because a couple of days after Christmas my father passed away from Covid."

Even though he paid Redcliffe last July, he still hasn't received his full order. And the masks he did get, just arrived last month. And he doesn't even need them now, the mask mandates have been lifted in Michigan.

"Why would you see this tragedy that's been happening all across the world," said Chris. "Like millions of deaths at this point and think, ‘I can make a buck off this.’"

"I'm a band teacher so I really wanted my students to see my face for when I blow or when it's time to breathe into their instruments," she said.

Remember how there was a toilet paper shortage at the beginning of the pandemic?  Well, she thinks she knows where some of that went.

"It's a toilet paper accordion," she said, holding up a filter from the mask. "Look at that, see it?"

She doesn't think the supposed HEPA filters are charming. She thinks they're Charmin.

"If you look really closely, there's a little diamond pattern on it, just like toilet paper," she said. "That's not a safety filter."

"See these holes (in the mask) don't have a filter," she said. 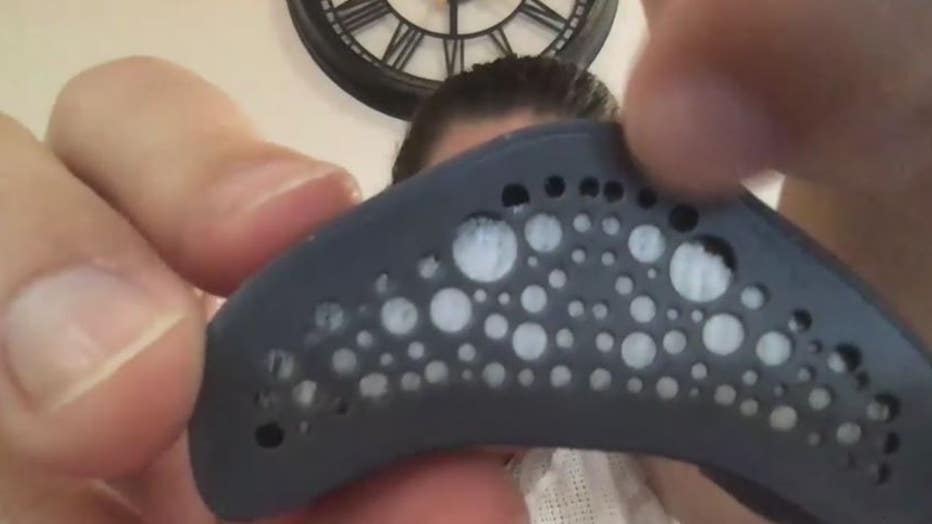 Dr. Monica Wood shows the air holes in the Leaf Mask above the alleged filter.

Monica says there are design flaws in the mask but she was willing to give it a try.

"I was in an airport, I was traveling, and I was adjusting my mask and (the filter) would just pop open," she said.

And all these people say they could never get anyone at the company to help them.

So, they’re taking their complaints to court, claiming:

"We had hundreds of complaints.  No product delivered.  No response from the company" said Melanie Dusquenal.

Melanie is the president of the Eastern Michigan Better Business Bureau.

"When you flat-out don't respond to your own customers, it throws up red flags all over the place," she said.

So the BBB put out a press release, but things never got any better.

"They never responded to any of our inquiries," she said.

So Wolchek started looking into Lalit Verma and it turns out he didn't have to go far.

Lalit was touted as a savior to the city of Detroit in 2017 when he, the governor, and Mayor Duggan broke ground on a factory to build auto parts for General Motors.

Lalit Verma's company then, Sakthi Automotive, was supposed to provide hundreds of jobs to Detroiters and received $5 million in grants.

Lalit was even interviewed along with the other big shots. 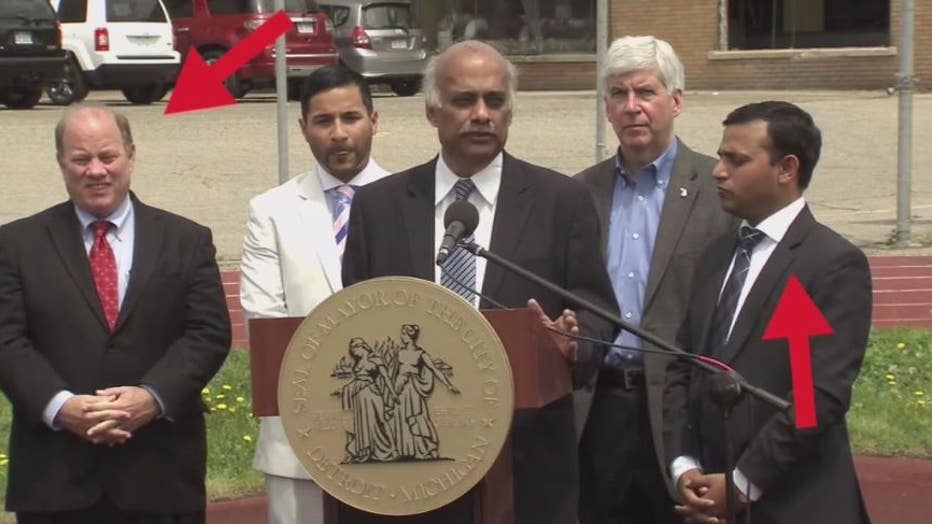 Lalit Kumar, right, at a ground breaking with city and state leaders for Sakthi Automotive.

"We believe that the employees are our assets," Lalit says in a video from then-Gov. Snyder’s YouTube page. "If we don't keep our employees happy, they cannot give us the productivity that we need."

Well, those employees sure weren't happy because the company went belly up two years later, according to Crain’s Detroit Business.

And at the same time, his auto company was being sued by Huntington Bank for being in default and owing them more than $19 million, Lalit, the company CEO, was receiving a vanity award for "Excellence in Finance."

So, FOX 2 did another story on the company going into receivership and liquidating their assets.

Reporter Amy Lange said at the time, "We tried reaching out to Sakthi for answers, but we were not allowed on the property and no one picked up the phone."

And now, no one is getting return calls again. Not Leaf mask customers, not the Better Business Bureau, nor Wolchek.

So Rob went looking for Lalit Verma and found out - that's not even his real name.

His cars and businesses are registered to a Lalit Kumar at a million-dollar lakefront home in Bloomfield Township.

So, Wolchek went to Lalit's house.

And yes, Rob is actually wearing one of the Leaf masks an unhappy customer sent him.

Woman: "Where are you coming from?"

He tells the woman who says she's Lalit's wife that he needs to speak with him about the masks.

"He'll be back later tonight," she said. "Can you give me a card and I’ll have him give you a call."

Then, there's an old factory on Nevada Street in Detroit. It is the return mailing address on the Leaf masks that have been mailed out.

Rob was met at the gate by a security guard named Bo.

Wolchek: "I'm Rob from FOX 2. We're looking for this mask company.  Are you familiar with this? This guy that makes these Leaf masks. The address comes back to here. You ever seen these masks?"

He calls for a supervisor - and while Rob waits, he starts talking.

Bo: "Lalit just pulled off a while ago."

But the supervisor, Cal, then comes out.

Cal: "Lalit is out of the country."

Wolchek: "He's out of the country?"

Wolchek: "What business do you do here?  What are you doing?"

Cal; "Hmmm, I don't know if I can answer any of your questions guys. I don't want to mess up."

Wolchek: "Can I ask what your position is here?"

Lalit also has an office at the Town Center in Southfield. Wolchek went there a dozen times but no one was ever there. 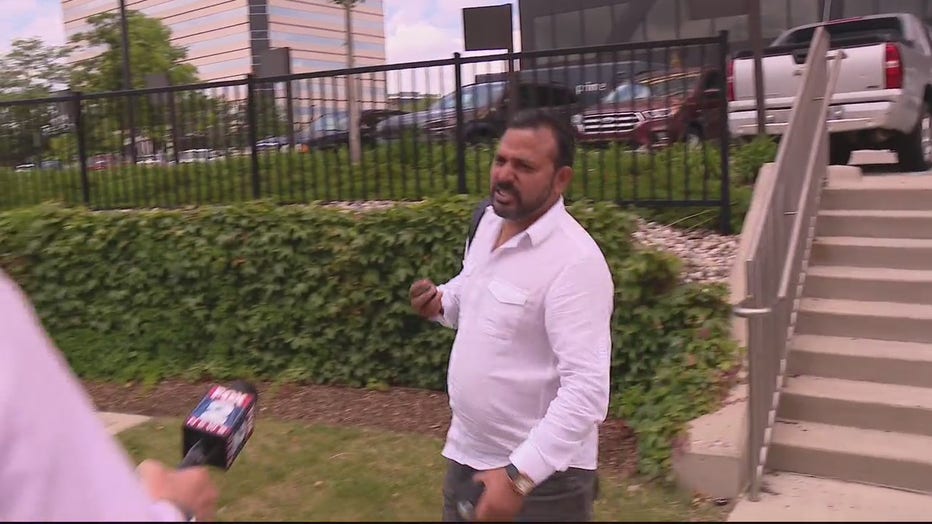 Wolchek: "How come you haven't contacted me? I came by your house, I wanted to ask you some questions."

Lalit: "I’m just heading to the airport. You can reach out."

Wolchek: "Where are you headed?"

Lalit: "To the airport."

Wolchek: "What you going to the airport for?"

Wolchek: "Okay, well, listen. I need to talk to you about these masks."

Lalit: "Talk to my lawyer."

Wolchek: "Who's your lawyer?  You won't even call me!  Hey Lalit. Lalit, take my card.  Oh you’ve got to be kidding me pal. I thought you were a big international businessman!"

Lalit, we're tired of this mask masquerade. You're in the Hhhhall of Shame!

Lalit never called back and neither did his lawyer and no one knows what happened to the $4 million. Now some masks are started to get delivered and many customers say it is too little, much too late.