42 percent of teens think their parents overshare about them online

Of the 42 percent of teenagers who said that they have a problem with the way their parents are sharing about them online, 11 percent said it's a big problem.

LOS ANGELES - Many parents love to share about their kids on social media, but a recent study from Microsoft found that 42 percent of teenagers in 25 countries have a problem with how much their parents post about them online.

The study polled teenagers aged 13 to 17, as well as adults aged 18 to 74, about their exposure to 21 different online risks, which span four categories — behavioral, sexual, reputational and personal/intrusive.

Further, 66 percent of teens said they’ve been the victim of at least one online risk at some point, and the same percentage worry that it will happen again, though the study did not look at any direct correlation between parents’ online behaviors and young people’s potential risk exposure.

Experts warn, however, that posting information about minors online can put their privacy and their physical safety at risk.

For example, a post about a child’s first day of school with a picture of the parent and child taking a smiling selfie in front of the school, while seemingly innocuous, could give away dangerous information. If the school’s name is visible on the front of the building, anyone who saw that post would know exactly where that child is five days a week, nine months out of the year.

But threats exist beyond the behaviors of predators who may be looking for ways to contact children, and many parents are unaware of such threats. 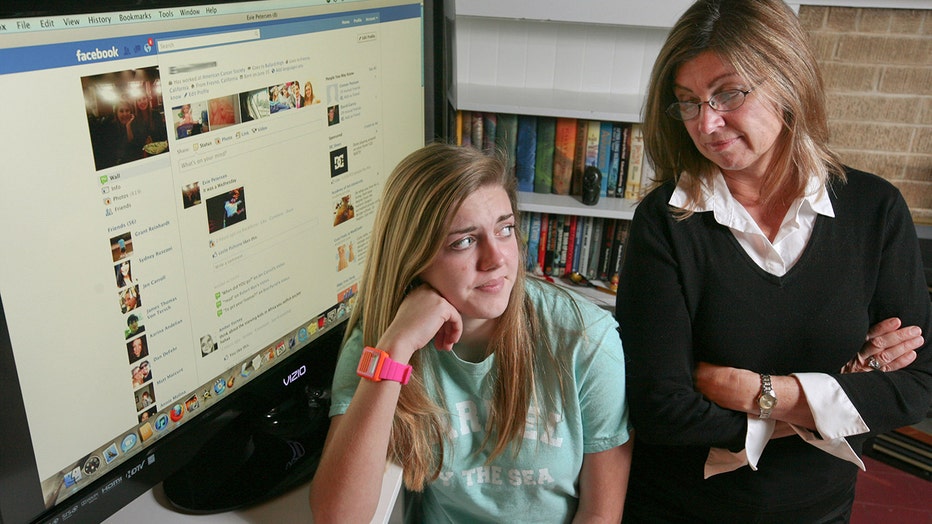 A Microsoft survey revealed that 42 percent of teens have a problem with how their parents share about them on social media.

Barclays, a British multinational banking and investment company, predicted last year that, by 2030, “sharenting" could be responsible for racking up 670 million British pounds in online fraud; that’s nearly $740 million in U.S. dollars, BBC reported. Barclays warned parents that much of what they share online — such as names, ages, birthdays, home addresses, place of birth, mother’s maiden name, schools, names of pets and personal photographs — will still be available when their children grow up. This information can then be used to hack passwords on the child’s online accounts, to secure fraudulent loans or open credit cards and to make unauthorized online purchases.

The bank predicted that “sharenting” will be responsible for about 7.4 million incidents per year of identity fraud by 2030.Others, such as Stacey Steinberg, a law professor at the University of Florida, worry about what Steinberg refers to as “the conflict inherent between a parent’s right to share online and a child’s interest in privacy.” What if a child has a strong preference for privacy once they grow up, but their entire life has already been documented online in ways that their future friends, or potentially even employers, could easily Google?

“What we want to share about our children is probably different than what they will want to share themselves,” said Susan Shay, a social media specialist in the nonprofit and political sectors, who explained to the SF Chronicle earlier this year that she doesn’t post about her children online by name.

“To share or not to share is an individual family’s decision, but if the choice is to share, parents should be attentive, exercise discretion and not inadvertently reveal too much," Microsoft said in light of its most recent findings.

This is the fourth consecutive year that Microsoft has conducted a survey on digital civility, with prior studies being conducted in 2016, 2017 and 2018. Each successive study has built upon those prior, and this year’s study surveyed the largest pool of people from the widest geographical region.

Approximately 44,000 people have been surveyed across all four years, and while many teens are reporting that they think their parents’ posting is problematic, more and more of them are reporting turning to their parents for help when concerned about online activity.

When asked about the best role models for “civil and respectful behavior online,” 80 percent of teens said they view their parents as the best people to look up to.

Up six percentage points from last year, nearly half of teens surveyed this year said they have reached out to a parent about concerns over online activity.