A storm downed a wire that caught a Shelby Township family's garage on fire. Firefighters had no choice but to let the fire burn while waiting for DTE Energy to arrive and shut the power off.

Firefighters responded to the scene and called DTE Energy.

"I asked one of the fire officers, I said, ‘What can be done?’ He said, ‘Well, we can’t do anything right now,'" David Anderson said. "'We're just going to have to watch it burn until the power's off.'"

The firefighters were forced to stand by and watch the fire spread because trying to stop it would have been dangerous. 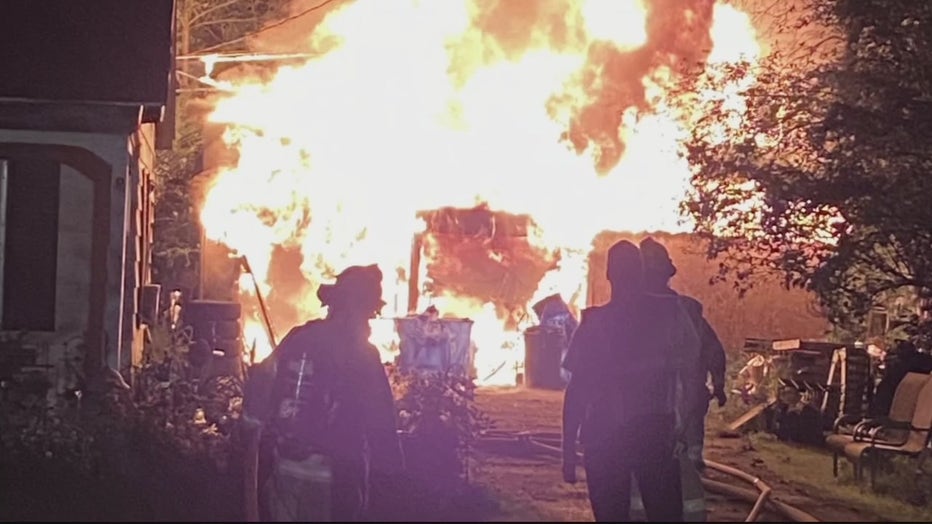 "Their dispatcher told me that they were responding to over 100,000 calls so I know that those guys were really trying to get to us, but unfortunately they could not make it to us in time," said Shelby Township Fire Department Battalion Chief Craig Winn.

Winn said that if firefighters tried to extinguish the fire, volts could have gone up the hose and hurt or kill a firefighter.

Gas containers, propane, and a new generator inside the garage provided fuel for the fire while firefighters doused David and Sheryl Anderson's home with water to keep it from also catching fire.

The Andersons said they lost more than just the generator and tools. 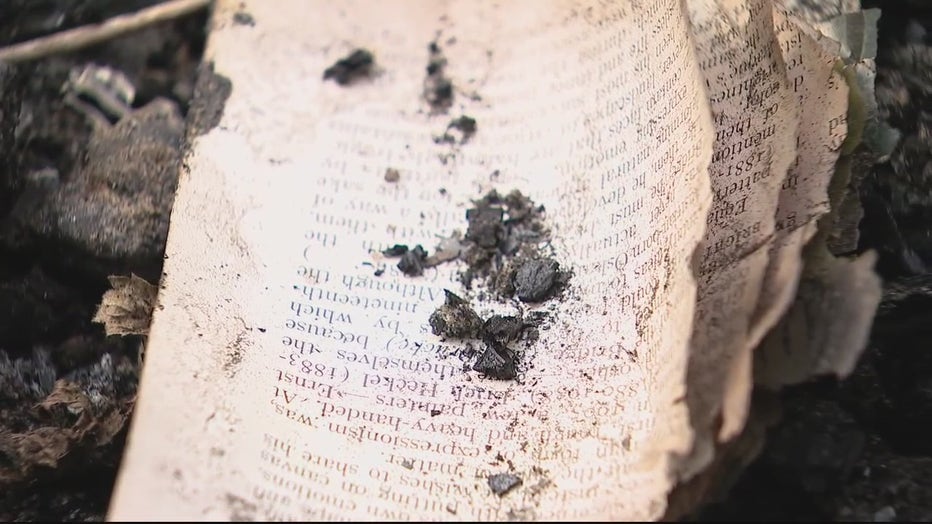 "We had collections for the kids," David Anderson said. "My wife collected Hallmark keepsakes and we lost 27 years of collections."

When DTE crews finally arrived about two hours later, there was some confusion when firefighters started extinguishing the blaze. 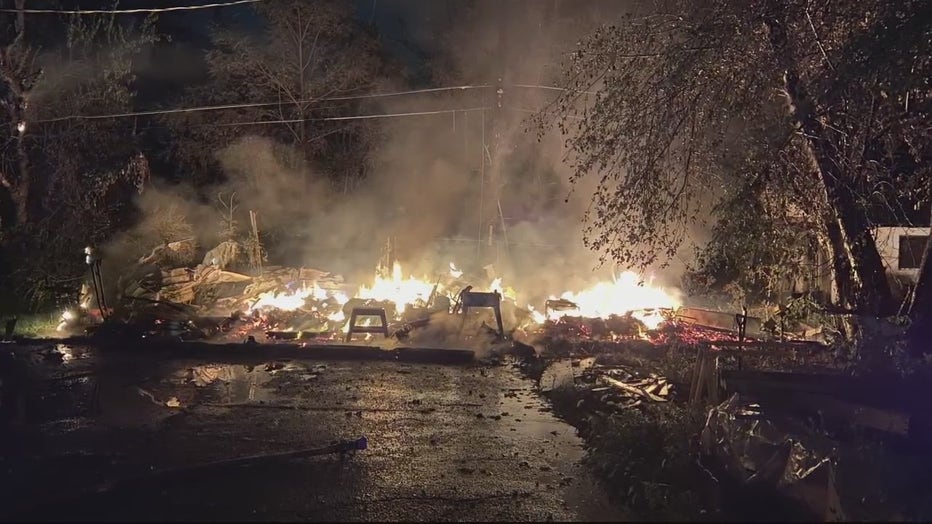 The Andersons have mixed feelings about what happened.

"I know it was a storm so they're going to have problems getting to it quickly because DTE was working on other customers," Sheryl Anderson said."It was an unfortunate accident."

"DTE received more than 500 wire down reports Tuesday evening into Wednesday morning due to the severe thunderstorms and high winds that made their way across the state. In these situations, our field teams respond as quickly as possible with the assistance of local police and fire departments. As always, our top priority is the safety of our customers and our crews, and we’re willing to work with our customers to investigate any situation they may be concerned about."