FARMINGTON HILLS, Mich. (FOX 2) - "Our synagogue was not burnt but the stuff inside of it was taken out and they had a bonfire, singing and laughing, I've never been able to forget that," said Edith Maniker.

Maniker, 89, was only 8 years old when that unforgettable image was seared into her memory. That wasn't the saddest thing to happen as Nazi Germans kidnapped men and torched synagogues on that night.

"Our synagogue was not burnt but the stuff inside of it was taken out and they had a bonfire, singing and laughing, I've never been able to forget that," said Edith Maniker.

FOX 2: "Did you see your parents again?"

"No," she said. "It was a final goodbye. I did not know it. My mother had been very protective and she said 'Have a wonderful time, you were going to go to this place called England, you'll have a vacation and we will see you in a couple of weeks."

The British Parliament decided to take in 10,000 Jews as their own, to save them from suffering. The children were rescued only never to see their parents again. Hate - at the root of it.

"I think it's important to see what hate motivated to action looks like," said Oakland County Sheriff Michael Bouchard. "And to remind our staff, that we are the line between evil and their potential victims. What was really impactful to me the first time I did this was to see how police in Germany became a part of it.

"It's important for them to learn those lessons about how their behavior needs to be careful in the world today especially with the rise of anti-Semitism," said Rabbi Eli Mayerfeld, Holocaust Memorial Center

The sheriff has done trips like this more than a dozen times.  He wants to make sure his officers understand why any hate; any prejudice needs to be stopped.

"It's not just religion. It can be race, it can be sex, it can be orientation," Bouchard said. "It can be identity; people hate for a lot of reasons at our job is to be that wall that says no."

"Prejudice is very easy to start, once it gets started it's not that easy to end," said Maniker.

Making sure it never starts begins with a somber look at how sadly it can end.

The Holocaust Memorial Center is at 28123 Orchard Lake Road in Farmington Hills. Go to holocaustcenter.org for details. 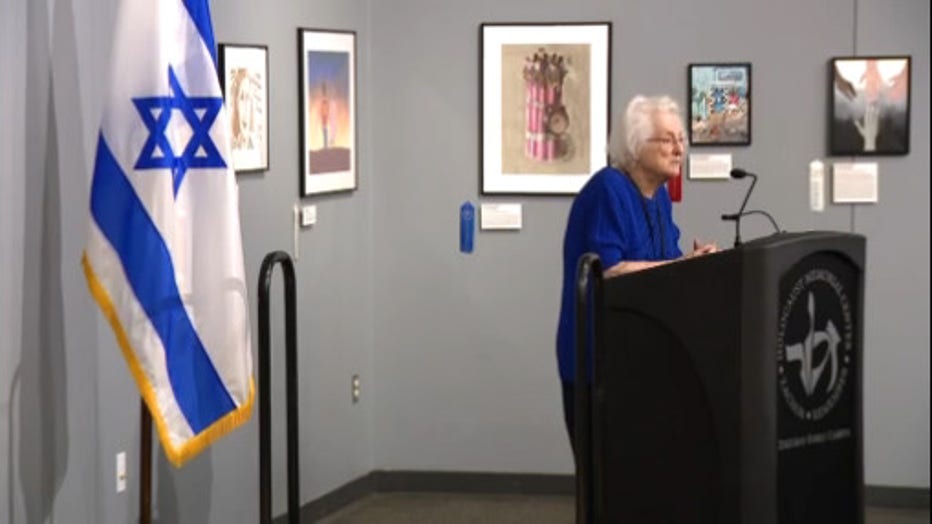