LAKE ORION, Mich. (FOX 2) - A shooting took place in the parking lot outside the Beaumont Health Clinic in Lake Orion Monday afternoon, according to the Oakland County Sheriff's Office.

The victim knew the two suspects who were committing a robbery at about 3 p.m. according to Oakland County Sheriff Michael Bouchard.  The victim then ran into the building at 1455 Lapeer Road.

"We believe our suspects have fled," Bouchard said. "It has nothing to do with what everybody is on a super edge about (related to the Oxford mass shooting on Nov. 30)." 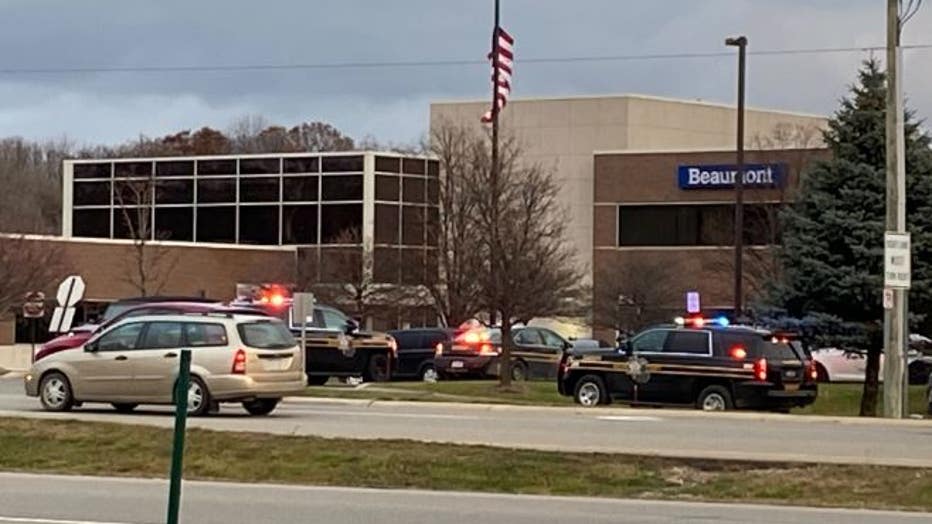 One witness was walking outside the medical center at the time of the shooting.

"I saw five armed officers running toward me," said Vincent. "Active shooter that is what I thought, we were hiding behind desks."

Bouchard said the medical facility has been searched and cleared as well as an adjacent building.

Businesses nearby were told to lockdown as a precaution during the police response to the shooting.

Beaumont released a statement on the shooting:

"We are saddened that an incident occurred in the parking lot of our Lake Orion facility. The incident did not involve any patients or staff.

"The sheriff's office tells us this was a private dispute between two individuals. We are proud of how our Beaumont team locked down the building as a security precaution. And, we are relieved that our patients and staff are safe."

Sheriff deputies are looking for suspects involved in a shooting outside a medical building off Lapeer Road Monday.