FOX 2 - A retired city of Detroit worker and Detroit police chaplain says it is unfair he has to pay to get his van out of a tow yard after he was nearly killed leaving Fairlane Center mall a few days before Christmas.

David Boyd says his insurance would cover it, but only after he pays a $500 deductible which is almost as much as the tow yard.

Talk about adding insult to injury for David Boyd, 52, as he was put on the hook for his minivan getting impounded the night he was shot in the Fairlane parking lot during an attempted robbery on December 21st.

"The young lady told me it was going to be $395 to get my car out of impound," he said. "I couldn’t even believe she said that. So I asked her again: 'Excuse me miss, say that one more time?' She said it’s going to be $395 but I said yeah but I’m the gentleman that got victimized."

Talk about adding insult to injury for Boyd, 52, was put on the hook for his minivan getting impounded the night he was shot in the Fairlane parking lot during an attempted robbery on December 21st.

"He grabbed me and pulled me toward him and said 'Checking in,'" Boyd said. "When I realized he had a gun in his hand, I snatched him to me and I slung him and when I slung him, I guess he was pissed about it, He wasn’t expecting that. And then I heard a gunshot."

The robber struck Boyd once with the bullet going through his arm and into his abdomen.

"What was running through my mind was, I was praying actually: 'Lord, I know this ain’t the way.'"

The gunman ran off. Boyd fell unconscious and was rushed to a local hospital where he spent two weeks in ICU, missing the holidays as his body recovered while his van was sitting in a tow yard.

Boyd says police should not have had it impounded.

"My car was parked at the mall but it was in a safe place, in a safe parking spot, it wasn’t in the crime scene," he said. "So I was trying to understand why would you even have my car towed? I could’ve gotten a family member to come and get my car."

FOX 2 reached out to the towing company and explained Boyd’s situation. They agreed to knock off $150 from the impound fee if Boyd can pick up the van Saturday afternoon. 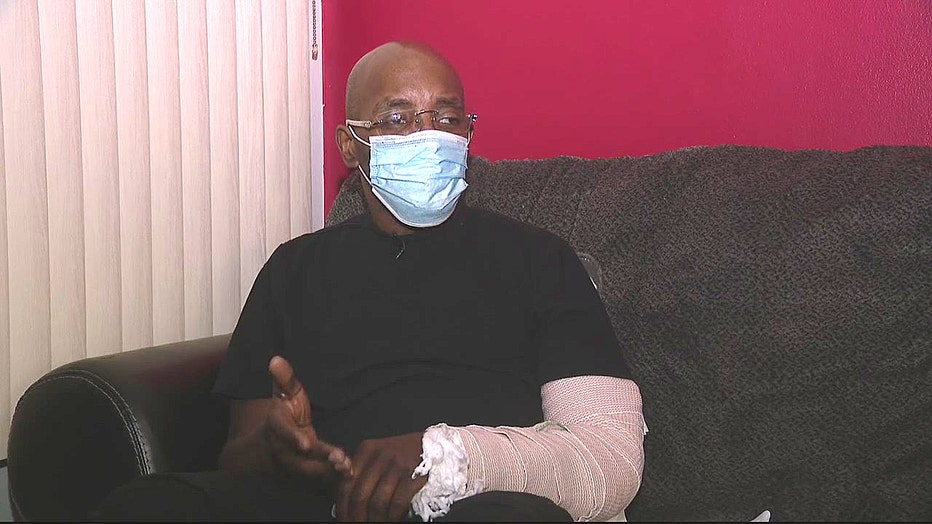 In the meantime, he wants everyone to know about the man who shot him and who’s still on the run.

David Boyd is grateful to be alive after that attempted robbery.