TROY, Mich. (FOX 2) - Clothes, shoes, electronics and bedding, you name it and they stole it.

It was just a fraction of what Troy police and Michigan State Police seized during a two-day retail crime blitz in the city. The two teams made more than a dozen arrests with a total of 27 charges.

MSP and Troy police crack down with retail crime blitz

Most of the stuff stolen was name brand clothing,Nike shoes and beauty products

"There's criminals out there doing this right next to you (and) they hit a lot of different stores," said Sgt. Meghan Lehman, Troy police. "Bath and body stuff, a lot of lingerie, underwear, pajamas.

"A lot of them are professionals, they know what they're doing. They can get in and out of a store in five minutes."

Most of the stuff stolen was name-brand clothing, Nike shoes and beauty products.

"People think these are people who are stealing because they need it or they are getting something for themselves - that's a rare case," Lehman said.

In one rip-off - a couple from Detroit were caught swiping some unmentionables from Victoria's Secret - and three other stores in Oakland mall with the woman's 7-year-old kid.

"This is a big problem. It increases the price of items for all of us," Lehman said.

In another case, cops say a 67-year-old Detroit woman decided to snatch some sporting goods from Dick's - also in Oakland Mall.

"She got to her car, officers approached her, identified themselves - and she left, took off," Lehman said.

But she didn't get far, police able to block her in with the senior citizen left with nowhere to go but the slammer.

Items that were found with that 67-year-old were cutting tools and cops got another surprise when they searched her car - a bunch of other stolen merchandise, according to Lehman.

In total police made 15 arrests and recovered more than $3,200 in stolen items.

"The fact that we were able to catch this amount of people shows the magnitude of the crime," said Lehman.

Some of the suspected pilferers police believe may be part of a larger swindling ring. 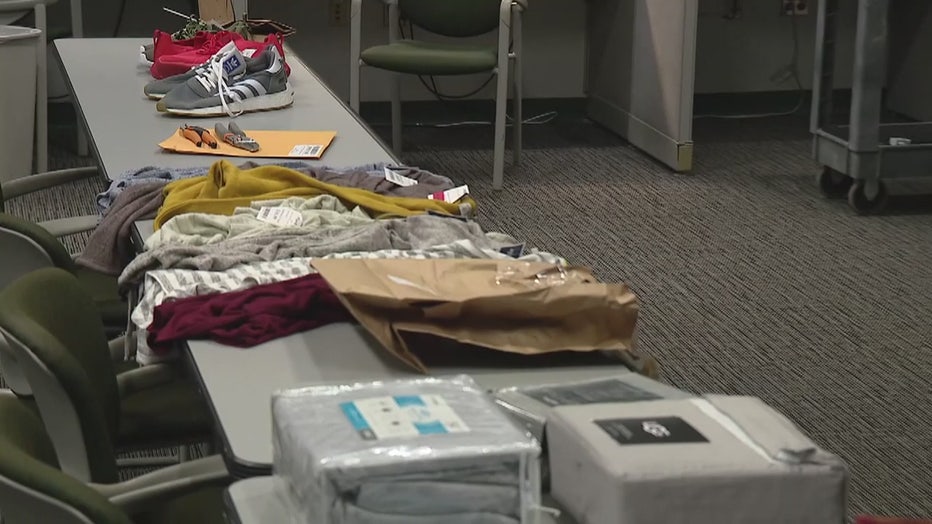