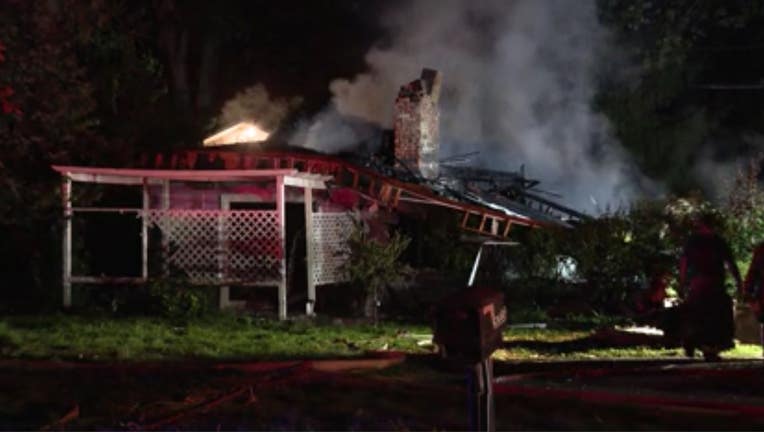 A home that exploded in Commerce Township.

COMMERCE TOWNSHIP, Mich. - A home is completely destroyed and two men in Commerce Township have been hospitalized with serious injuries after a reported explosion.

The fire department responded just after midnight after reports of an explosion and then a fire at a home on Arbutus Street near Pittsfield and Boncrest.

When crews arrived, they found two young men just outside the home. Emergency services rushed them to care.

Police believe a possible illegal marijuana grow operation may have led to an explosion after police found several butane tanks inside and outside the residence.

Images from after firefighters put the fire out show the crumbled remains the home.

Authorities believe butane tanks may have caused the explosion. Several were found both inside and outside the home.

Footage from a neighbor's home showed moments before the explosion. Then a large flash of light came from the left side of the house before debris began falling over the resident's yard.

In user footage from when the fire had caught, a massive blaze had overtaken the home.

The fire that started after a home explosion in Commerce Township

The fire that started after a home explosion in Commerce Township

While the cause of the explosion remains under investigation, police are looking into whether the butane tanks were used for drug activity.

One victim was taken to Beaumont in Royal Oak and the other to Providence in Novi.