In the weeks leading up to her firing - she was vocal about nurses being so overrun with COVID-19 patients - they couldn't keep up. The hospital says, she was fired for a video she posted on social media.

Nurse fired from Sinai Grace for online post, her attorney says she was canned for union organizing

"In that video, it was just showing what I was wearing," she said.

Watch the entire video above that Barkai posted on Facebook, showing the protective wear nurses were donning to deal with COVID-19 patients.

"I have my gloves, my hair covering, my mask, my gown and I'm ready to rock and roll. I'm going in," she says in the video.

Days later, she was in Human Resources at Sinai Grace Hospital, getting fired, an alleged violation of the hospital's social media policy.

"I was more in shock than anything because I didn't feel I had done anything wrong," she said.

Barkai and her attorney are convinced, it's not why she lost her job in the middle of a pandemic.

"I definitely think they were using her as a scapegoat to try suppress other nurses speaking out," said Attorney Jim Rasor.

But, it didn't work. After she was fired came a walk out by ER nurses over work conditions at Sinai Grace, while others spoke up too.

"It has been like a war zone," she said. "It is just emotionally overwhelming to hear these stories."

Barkai says she was trying to unionize, and made it known she had plans to take her concerns to the state level.

"It's fortunate that there is protection for Kenisa who is a whistle blower and a union organizer who was fired in retaliation for that activity," Rasor said.

A spokesperson tells FOX 2; they are diverting additional resources like more nurses to treat COVID-19 patients.

"If someone doesn't speak up when is it every going to change," Barkai said.

She hasn't found another job yet, she started the group Feeding the Frontline to deliver meals, even to her old colleagues still working. She's fed hundreds so far, and counting. 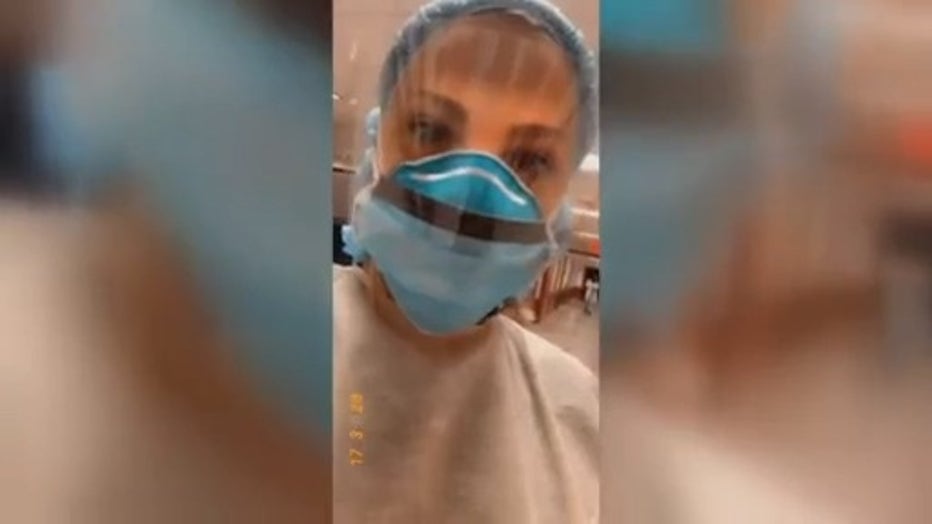 No regrets on speaking out.

"Absolutely," she said. "Without a question."