DETROIT (FOX 2) - Nurses at Sinai Grace Hospital say they were sent home after refusing to see patients Sunday night. The nurses were complaining that the hospital is dangerously short on staff and protective gear, including masks.

One of the nurses went live on Facebook outside the hospital after the standoff with their administration.

A group of nightside ER nurses at Sinai Grace Hospital say they were given an ultimatum after protesting working conditions: get to work or leave.

“Sinai Grace decided to tell us to leave because we are understaffed and this is the amount of nurses we have for the night shift - 1, 2, 3, 4, 5, 6. One is on orientation and they want us to go out there and accept 68 patients or something,” ER nurse Sal Hadwan said in the video, which you can see part of in the video player above.

The night shift reported for work but refused to do so unless additional nurses were brought in to help them. Hours went by trying to negotiate with management but they say the administration refused and they were given an ultimatum: get to work or get out.

The hospital says their patients were still cared for that night because the day shift that was scheduled to be relieved was held over, working a 24-hour shift.

“They were asking them to walk out to 15 or 20 patients. Each. We had ten or 11 vented, intubated patients,” one Sinai Grace nurse told us, who wished to stay anonymous.

The dayside nursing staff was exhausted after that 24-hour shift but still supportive of their fellow nurses.

“Yesterday I think it was just everybody's breaking point. We've been going through this for what, two or three now and it’s just been getting increasingly worse. Like, we haven’t even hit our peak yet? And we still have not seen an influx of nurses,” the nurse said. 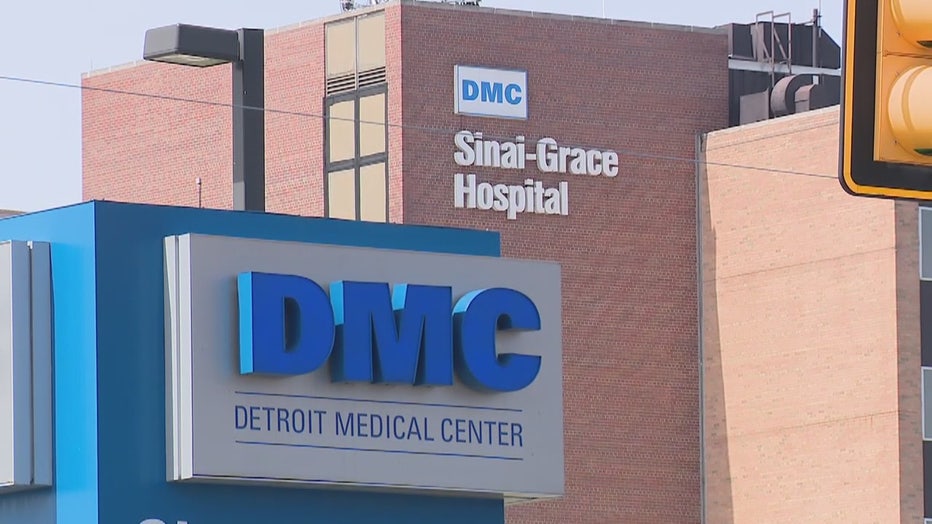 RELATED: Another 110 deaths, 1,503 confirmed cases of Covid-19 Monday in Michigan

Each day in the emergency room takes its toll on the caregivers.

“I have never seen such sick people and people that go downhill so quickly,” the nurse said. “A lot of people aren't seeing this firsthand like we do, as an ER nurse. But it is so quick and it is terrifying.”

And they say there just aren't enough nurses to care for all of the patients. They say they've staged sit-ins before to protest the conditions there, and now the pandemic has led to this.

"High patient volume is creating an increased need for staffing, especially nurses. The DMC is using a variety of resources to help to supplement nursing staff including contracting with staffing agencies to secure more nurses and reaching out to colleges and universities to recruit nursing students who are close to graduation to assist in providing care to our patients, in accordance with state guidance."

But for those on the frontline right now, it's not enough.

“At what point are you going to start worrying about us, too, because we are the frontline people? We are the ones that are keeping these people afloat.”