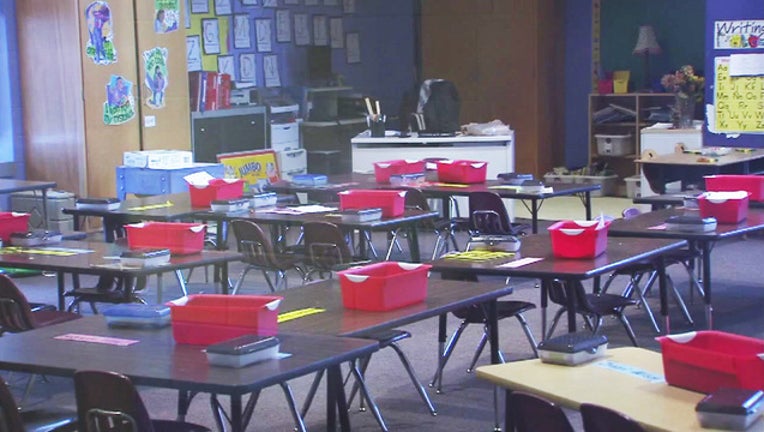 A file photo of an empty classroom

The headlines have been filled recently with one bad story after another about failing schools, but today the joint  House and Senate K-12 budget subcommittee got some good news for change. The's state early intervention program to keep schools out of bankruptcy is working.

State School Superintendent Brian Whitson tells the lawmakers that out of the 40 schools that were on the serious deficit list last year, there are now 27 and nine of those will be out of their red ink by the end of this year, and the remainder will emerge from deficit in the next fiscal year. He and lawmakers applauded the program that catches these potential deficit problems before they get out of hand.

The state treasury also released a list of the schools under its domain and reported the same upbeat news. Last year 19 districts were on the"potential fiscal stress" meter and 16 of those "no longer" face that stress.

Mr. Whitson declares that he does not foresee the need for any emergency mangers in the near future as these schools make adjustments to their spending.  However Benton Harbor, Pontiac, and Detroit are concerning he reports along with "a few others" who have ""still large deficits."

House budget subcommittee chair Rep. Tim Kelly tells MIRS with this system in place he is confident that future bankruptcies in any state schools can be averted.