DETROIT (FOX 2) - All but one table of votes have been counted and tabulated by 10 p.m. Wednesday at the TCF Center downtown.

The 2020 General Election in Michigan was one for the books with participation as about 5.2 million people voted with two-thirds by absentee ballots. At 9 p.m. tonight we learned that 167,000 of those ballots were tallied here at the TCF Center but not without controversy - as protests by poll watchers formed outside.

Jocelyn Benson says anyone who questions the integrity of the election is attacking our democracy.

Secretary of State Jocelyn Benson held a virtual press conference to tout the accuracy and integrity of the state's election - despite a legal challenge from President Donald Trump's lawsuit.

"Twenty-four hours after the polls closed in Michigan and I am pleased to announce that in Michigan the process of tabulation is by and large complete," she said.

Benson's triumphant update on the ballot counting process carried with it, a word of warning.

"Our system is secure, accurate, and anyone who tells you otherwise is attacking our Democracy or unhappy with the results," Benson said.

She spoke specifically about Trump's lawsuit which she dismissed as frivolous. Trump's lawsuit focused on a lack of access for Republican challengers at vote counting locations and wanted the counting stopped immediately today.

Some protesters may have been emboldened to gather outside the TCF Center because of Trump's comments Benson said, adding that she questioned whether it was staged to disrupt the process.

"I will just say if they thought they were going to intimidate or stop anyone from doing their job inside the TCF Center - then they don't know Detroit," Benson said.

Ballots are supposed to be counted surrounded by an equal amount of Republicans and Democrats ready to challenge fraud.

Janice Herman was one such challenger for the Republican Party who said she filed seven violations in two hours. 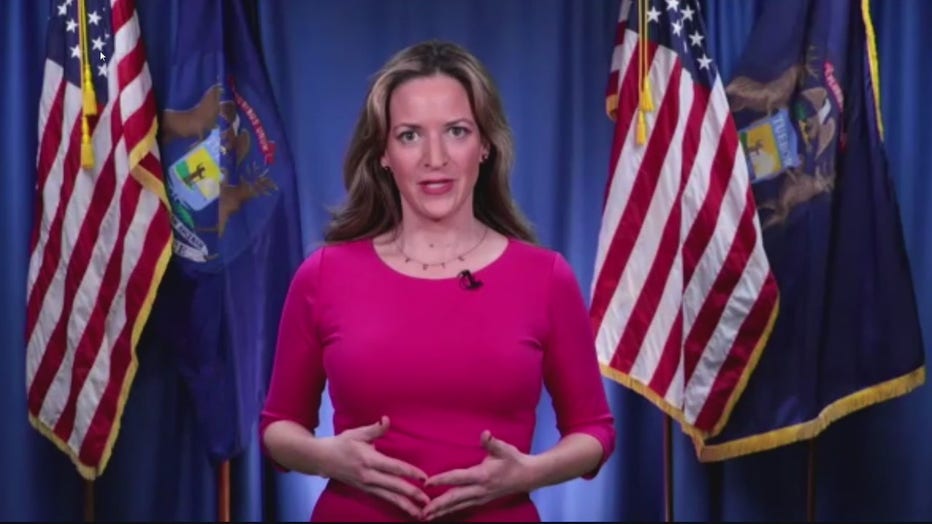 "There had something wrong that they felt would not go through the machine and they were taking the ballots out of the box and they were hand-copying them onto another ballot," she said. "I challenged that. I asked that I would like to compare the two and they would not let me compare them."

"It's human error, it's old people in there," LeDuff said. "They locked us away for 16 hours. You're going to make one error, it's not mass fraud."

In the end Benson said the effort went smooth, even ahead of schedule - and warned people about what may come in the days ahead.

"Pushback against the misinformation we believe will escalate in the days ahead and respect the will of the voters," Benson said. "And bring our country and our state together."

Canvassing the vote will take place in a bi-partisan effort over the next 13 days to certify the election.