MACOMB COUNTY, Mich. - There have been at least seven confirmed cases of legionnaires disease confirmed in patients who stayed at McLaren Macomb Hospital. How they contracted the disease, however, is still not known.

In the past month, seven people have been diagnosed with legionnaires after being treated at McLaren Macomb Hospital in Macomb County.

Jenni Guarino's mom is being treated at the hospital every week and she's a bit worried about what's going on. So far, her family has gotten excellent care at the hospital and she's due for surgery soon, as well.

"My mom is undergoing cancer treatments and she's here two to three times a week, and it's a just a little concerning to hear about what's been going on at the hospital," Guarino said. "I'll be having surgery in a few weeks here, so I hope whatever is going on is cleared up"

The Macomb County Health Department is taking lead on the investigation.

The hospital says ongoing water tests for the bacteria that causes the disease have not turned up signs that its growing, but they're not sure about the source of the bacteria.

"It's very alarming. We've had issues in the summer and even before that with water, where the water dispensers were being closed," said McLaren RN Jeff Morawski, the president of the local nurses union.

Morawski says not enough was done and that a problem first started this summer.

"They brought in bottled water in, I want to say, June or July. And right now, they're even bringing in bottled water and ice, although it's a little late. They need to be transparent and inform people of what's going on. Ensure what actions are being taken and I think the health department needs to tell us what they're doing and the state health department," he said.

The tap water is still available for patients and staff to drink but the hospital is providing bottled water while they work to add more filters and remove aerators.

The Macomb County Health Department has experienced an increase in the number of Legionnaires' disease diagnoses in recent months, with 45 cases so far this year and 96 cases in the last 12 months. 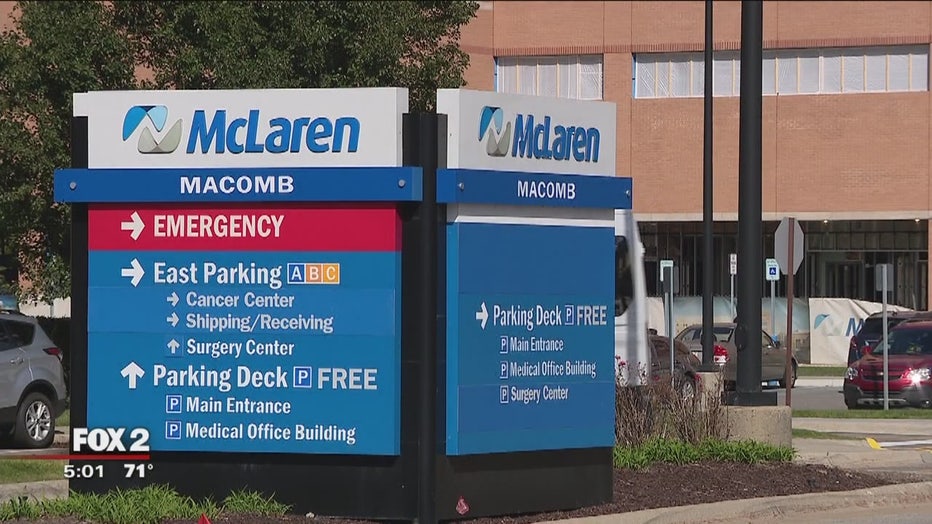