SOUTH LYON, Mich. - A South Lyon teen is dead and his father injured after a shooting Wednesday night.

Designating the incident as a homicide, South Lyon police said they were pursuing multiple leads after responding to the shooting. 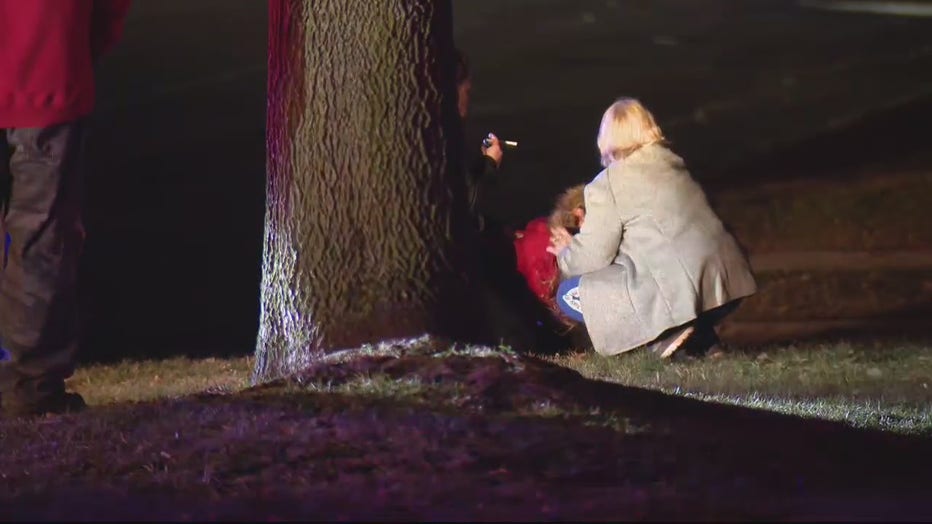 Two people huddle outside a South Lyon home following the fatal shooting of a 17-year-old.

A release from police says the shooting happened in the 300 block of E. Liberty Street, near 10 Mile and Lafayette.

Police did not release any information about the victims beyond their ages. The teen who died was 17 years old. His dad is 43.

The incident allegedly happened at the victim's home. The father was critically wounded from the gunfire before being listed in stable condition.

He is lodged at a local hospital.

Receiving assistance from the Oakland County Sheriff's Office, both agencies had made progress on a possible suspect.

More information will be released later Thursday or Friday.