Pink is a color that reminds us catching breast cancer early can be the difference between life and death.

Pink is a color that reminds us catching breast cancer early can be the difference between life and death.

"I’ve been blessed with 40 extra years with my grandmother because of early detection," said Southfield Fire Chief Johnny Menifee.

Menifee is helping to spread the message, as all of his front line fire vehicles have the pink breast cancer ribbon on them. Cancer is a big concern for firefighters.

The police chief in Southfield also brought out two police SUV cruisers decorated with breast cancer awareness pink - sure to attract a lot of attention this month. 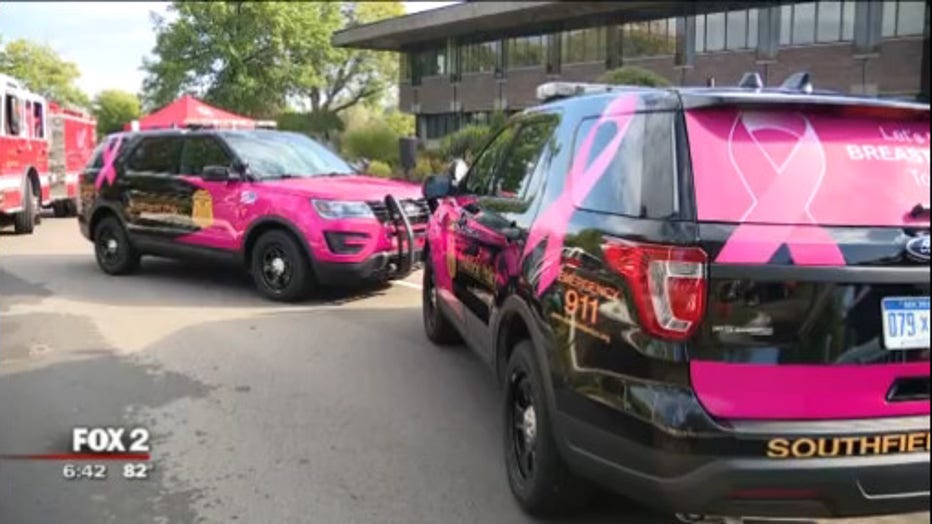 “It’s in hope that if you see our vehicles, the community will understand the importance of supporting those who have succumbed to the disease and to bring awareness to go get treated," said Police Chief Alvin Barren. "Early detection saves lives.”

Approximately 12.8 percent of women will be diagnosed with breast cancer at some point during their lifetime. There will be more than 268,000 new cases this year according to the National Cancer Institute.

“I am here to support the sisters and all of the women who have gone through this battle and felt like they were alone," said Rosemerry Allen, a breast cancer survivor. "I want them to know they are not alone. There are people out there fighting for them and there is a lot of people who care about them. There is a lot of people who love them and they may not even know them." 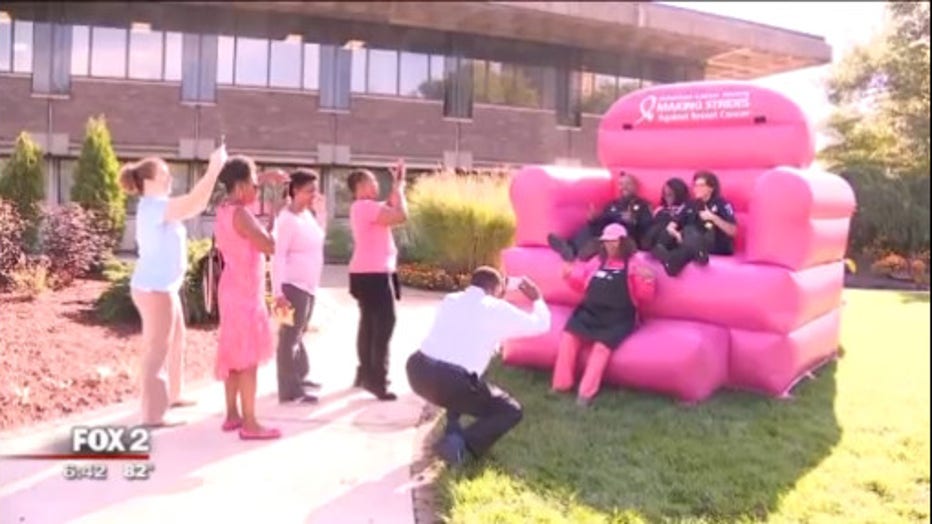