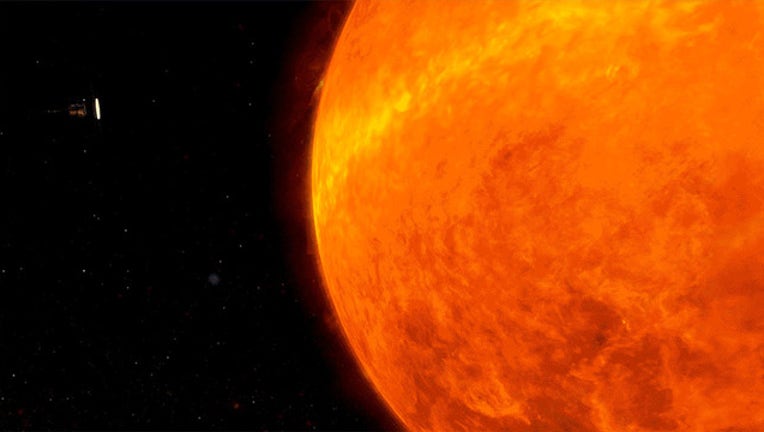 (FOX 2) - Curious for a sign about how many eggs to throw in your green and white basket this weekend?

Unsure where to look for inspiration that April's first weekend might just be one written in Spartan lore for eternity? Our advice is look up. It may be written in the stars.

At 6:40 p.m. on April 4, the Parker Solar Probe completed its second approach to the sun. At 15 million miles from Earth's favorite star, it tied the record for the closest any space craft has ever gotten to the ball of light. Aptly named after Michigan State alum Eugene Parker, who received a B.S. degree in physics in 1948, the initial record was set by the same probe last year in late October.

Traveling a little faster, at 213,201 mph are the fans racing to grand conclusions that 2019 is Michigan States year. Hopefully some can take solace knowing that this arbitrary correlation, with less scientific basis than the arguments put forth by family members at the dinner table, means Tom Izzo will have his second national championship.

The space craft is expected to continue breaking its own record, with a final close-approach of 3.83 million miles from the sun's surface expected in 2024, when the Detroit Lions probably win the Superbowl - maybe.