FOX 2 - A middle school silenced a saxophone player during their annual holiday concert - but the child wasn't being disciplined.

Dominic Schroeder has been working hard at the saxophone for two years.

A middle school silenced a saxophone player during their annual holiday concert but the child wasn't being disciplined.

"I love it, I like learning new songs, I even have an electric guitar upstairs," said Dominic Schroeder.

The eighth grader has a cognitive condition, William's Syndrome and he uses music to express himself.

Dominic was ready to show off his skills at the holiday band concert this week for L'Anse Creuse Middle School Central. But at the last minute, mom Christine got a call from faculty.

"We got a phone call suggesting that he play this digital sax for the concert and how we felt about that," said Christine.

The electric sax is plastic, more like a keyboard - used as a teaching tool. The Schroeders said absolutely not to the school's suggestion, thinking it was all settled.

But when Dominic walked on stage with that digital sax, and headphones, the audience would not even hear him play.

"Nobody else could hear any noise coming out of that, but Dominic," Christine said.

Dominic says he held in his emotions for the sake of the show. 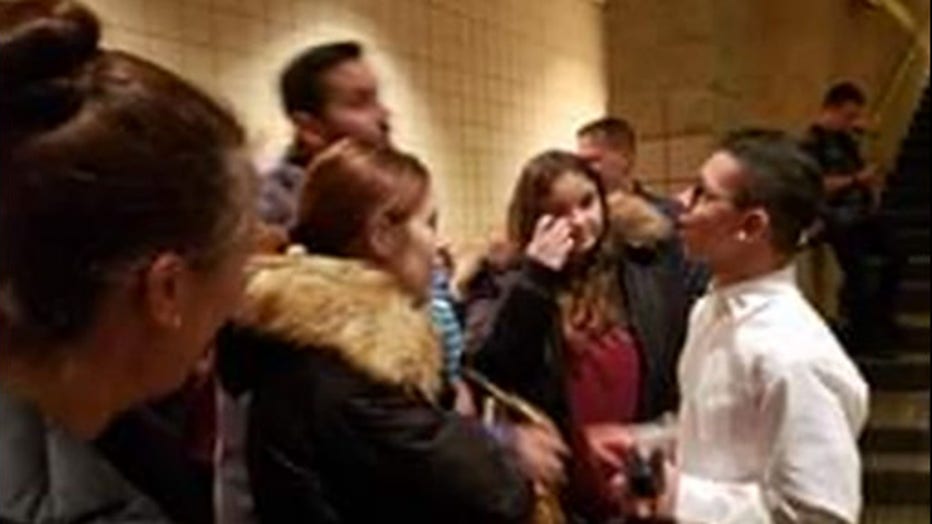 "It made me feel sad," he said. "Stuff like that. It's like why would you reject me for that?"

"He stuck out like a sore thumb, and that's exactly what I didn't want," Christine said. "I wanted inclusion, I wanted him to be like everybody else."

Christine said the only explanation they got from the school, is that he would play better on the digital instrument.

The school sent FOX 2 a statement reading in part, "We continue to be committed to supporting all students in their participation in our programs and work individually with families to make that happen."

Since the family posted their frustrations on Facebook, they've gotten a lot of support - other musicians inviting Dominic to play with them.

"A lot of people are supporting me," Dominic said. "From here, my school, part of my family, part of my friends,

Christine spoke out for the other families with children who need a little extra help.

"They are no different than anybody else," she said. "They just want to be included and loved."

School officials have requested a meeting with the Schroeders to talk about what happened with this concert. Like Christine said, hopefully find a better way to handle this next time.