FOX 2 - The Michigan Court of Claims has ruled that open carry of firearms outside polls on Election Day to be legal.

A directive by the secretary of state was struck down for Election Day by a Michigan judge today.

"We intend to immediately appeal the judge’s decision as this issue is of significant public interest and importance to our election process," he said in a release. The appeal was filed Friday morning.

Despite a directive from Secretary of State Jocelyn Benson, a Michigan judge ruled against it in court Tuesday.

During the hearing on Thursday, Murray said that this was the kind of directive where public input is usually needed.

"The other thing that is concerning, in respect to the other preliminary injunction matter, is there is already a state law that prohibits voter intimidation," he said. "If anyone feels intimidated by someone carrying an open weapon, then there is already statutory authority to take care of that problem.

"The secretary just did not do this at the right time. She should have done this months ago." 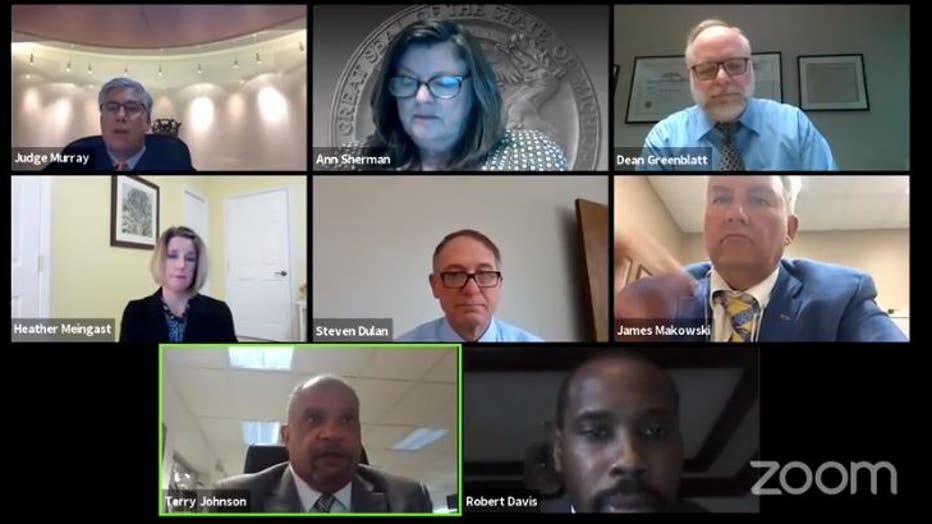 The attorney for the secretary of state's office said that the concern was raised only recently due to the foiled Gov. Gretchen Whitmer kidnapping plot of militia members. Another factor was that two of the suspects of the group which also allegedly plotted to storm the Capitol in Lansing, attended an open carry protest, there last April.

Republican Speaker of the State House Lee Chatfield celebrated the ruling as a rebuke to big government overreach.

"Time after time the courts have struck down this administration when it overreaches. Firearms. Line 5. Redistricting. Vaping. Emergency powers," he wrote on Twitter. "Nobody is above the law. It can’t be sidestepped. We have a democratic process. It needs to be followed."

On Monday FOX 2 reported that Bob Stevenson, the head of the Michigan Association of Police Chiefs, said the order was probably not enforceable.

“All we are saying is if someone is inside a polling station and they are open carry, and they are not violating any state or federal law, not brandishing a weapon, intimidating voters, they are not threatening people, in and of itself - we can't go and lock them up,” Stevenson said. “(If) they are standing in the parking lot, they are yelling at people, there are two or three people with guns standing breast to breast and people and they have to walk around them to get inside the polling station that is clearly voter intimidation.”

Earlier on Tuesday, arguments were made in the Zoom hearing posted on YouTube below.

Benson previously had sent a directive to local election officials on Oct. 16 saying that open carry of firearms on Election Day in polling places, clerk’s offices and absent voter counting boards was banned, according to three Michigan clerk's offices that received the guidance.

"The presence of firearms at the polling place, clerk’s office(s), or absent voter counting board may cause disruption, fear, or intimidation for voters, election workers and others present," the guidance said.

Read the entire ruling below.