FOX 2 - Despite a letter from state Attorney General Dana Nessel declining a request for an investigation into Gov. Gretchen Whitmer's nursing home patient policies, Sen. Jim Runestad says he and a group of Republicans are pushing forward.

Despite a letter from state Attorney General Dana Nessel declining a request for an investigation into Gov. Gretchen Whitmer's nursing home patient policies, Sen. Jim Runestad says he and a group of Republicans are pushing forward.

"It is very disappointing for those family members who have lost loved one," said Runestad (R-White Lake). "We want to know the numbers are the numbers accurate if what happened in New York, happened here. We are not getting any answers. Instead, we're getting covering everything up, paying people not to talk with hush money contracts."

The senators now say they plan to issue subpoenas and hire a special prosecutor to get the data they need - starting why COVID-19 patients were placed with non-infected nursing home residents. And in some cases, he says it happened without the proper precautions in place.

"This is a real issue as to why was that done, what were the ramifications, and what is the data," he said. "We are not going to get that, at least from the attorney general."

They are also asking families of patients who died of COVID-19 in a nursing home to come forward. 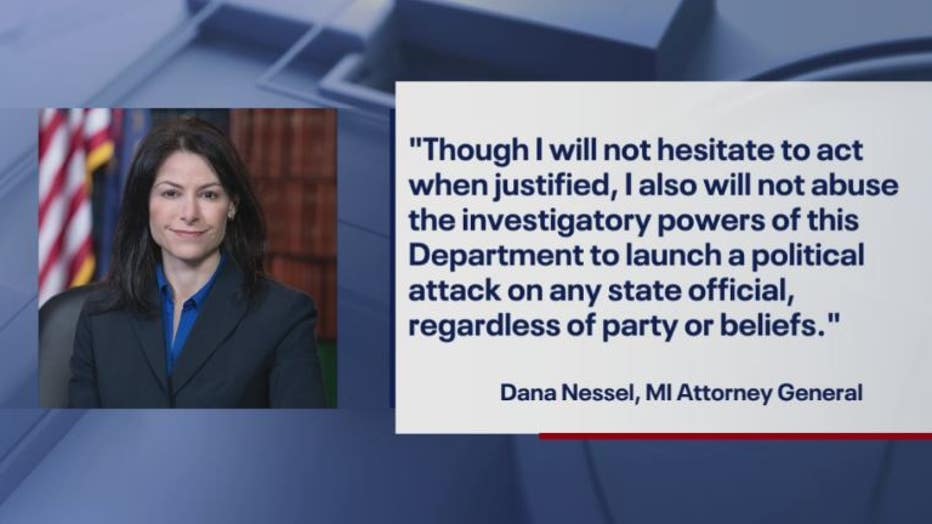 "What I would say in the meantime until we get subpoena power, or get a special prosecutor, every family member listening to this report who had a family member die, make a report at their local police department," he said. "If we get enough of those - that would get the prosecutors involved in individual counties."

In her response letter, Nessel said in part, "Though I will not hesitate to act when justified, I also will not abuse the investigatory powers of this Department to launch a political attack on any state official regardless of party or beliefs."