LANSING, Mich. (FOX 2) - Last year the Michigan Supreme Court ruled that a 1945 law was unconstitutional giving Governor Gretchen Whitmer the unilateral right to impose emergency mandates on the state without input from the legislature.

But Republicans were not satisfied with the court ruling, launching a petition drive to drive a legislative stake into the heart of this law to make sure this governor and the legislature were co-equals.

Last year the Michigan Supreme Court ruled that a 1945 law was unconstitutional giving the governor the unilateral right to impose emergency mandates on the state without input from the legislature. The state legislature went one further mounting a petition drive.

"One branch stonewalling a co-equal branch," said State Rep. Jack O'Malley (R-Lake Ann). "Now I understand this was a fast-moving situation, but the day the legislative branch was ignored and the governor chose to act unilaterally, was the day I believe she misinterpreted the 1945 Riot Act.

"I will not be voting yes today. I will be voting hell yes."

The bill was passed 60-48.  Despite this loss the governor still has the power through her public health department to impose new Covid restraints if necessary but a new GOP petition drive is expected seeking to end those powers as well.

The governor and others argued that in the effort to save lives from Covid, the last thing you wanted to do was wait around for the legislature to act when immediate action was required.

"I really value directives that are intended to protect public health and Michiganders," said State Rep. Julie Rogers (D-Kalamazoo). "That was the governor's intent with her decisive action last year.

"This is not a rogue governor following her own rules."

The Democrats contend if this was about protecting the democracy, then the issue should have gone to the voters next November, not the

"I heard earlier this was about democracy, but only 460,000 persons signed this petition," said State Rep. Mari Manoogian (D-Birmingham). "That's a large number, bigger than any one of our districts. But there are 10 million people in Michigan. They will not have their voice heard if this passes today." 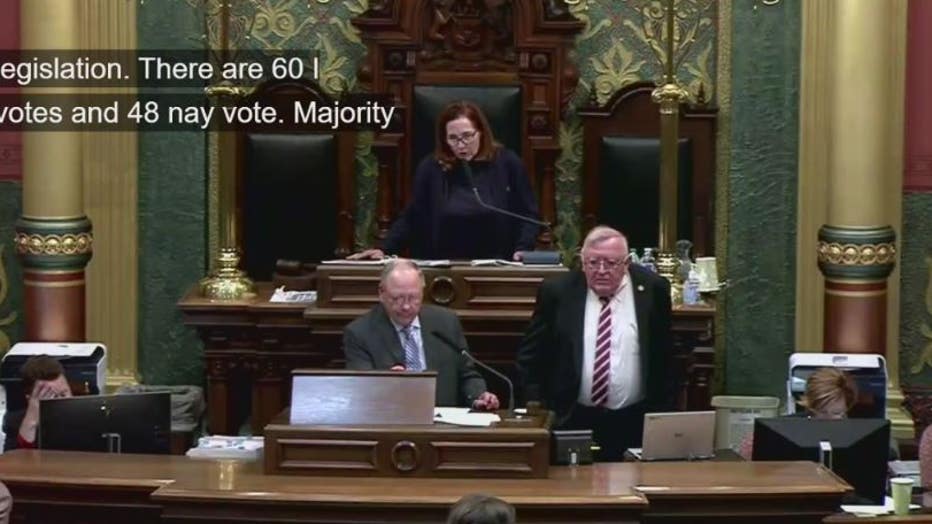 Republicans will use this alleged abuse of power against the governor in the election next year, but one Republican contends it is not a partisan attack by a GOP legislature on a Democratic governor.

"This is the legislature asserting its constitutional duty to create the laws in our state," said State Rep. Andrew Beeler (R-Fort Gratiot).