HOWELL, Mich. (FOX 2) - A metro Detroit woman could face felony charges for suggesting protesters burn down the city of Howell over its racist history.

The woman, who happens to be a state employee, tweeted last month, "The city of Howell should be the first to burn in Michigan claiming it's racist.

State employee being investigated for tweet wanting to burn down Howell

The tweet was made when some protests turned riotous last month after George Floyd was killed.

The tweet was made when some protests turned riotous last month after George Floyd was killed. A local woman - who we can't name yet - tweeted it under the Twitter handle @wowdamia.

"The first city to burn in Michigan should be Howell, all in favor say I," she wrote.

That 15-word post could mean charges for making a terroristic threat. A twitterstorm ensued, getting thousands of likes and dozens of comments.

Supporters said things like "I've met countless racists in Howell ..." And on the other side, one woman posted "So you want to burn down everyone in Howell?" 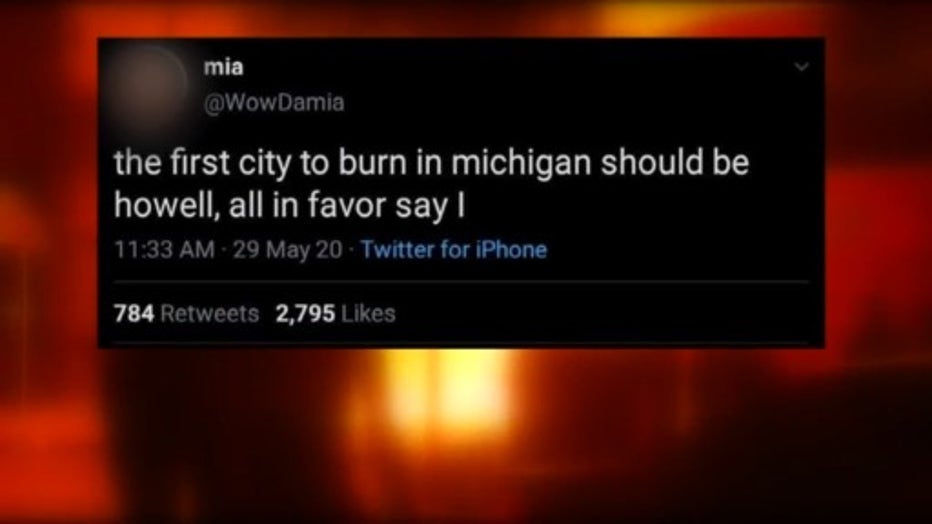 The user, @wowdamia, responded that she meant the place, not the people.

The state employee works at Michigan's Center for Forensic Psychiatry in Saline.

A spokesperson there told FOX 2 - an internal investigation completed Thursday found reason for discipline, but they haven't decided what it is yet.

The investigation was picked up by Howell police and concluded no imminent threat to the city. But the chief says they are recommending the woman be charged for making a terroristic threat - that's a 20-year felony.

It is now in the hands of the Livingston County prosecutor.

Howell - known by some as the Ku Klux Klan capital of Michigan, got the title due to Robert Miles. The former grand dragon of the Michigan KKK, he lived outside of town and is considered one of the most influential white supremacists ever. He died in 1992.

We are told right now there are no active KKK chapters in Howell, or in Livingston County. But the reputation is a hard one to shake. 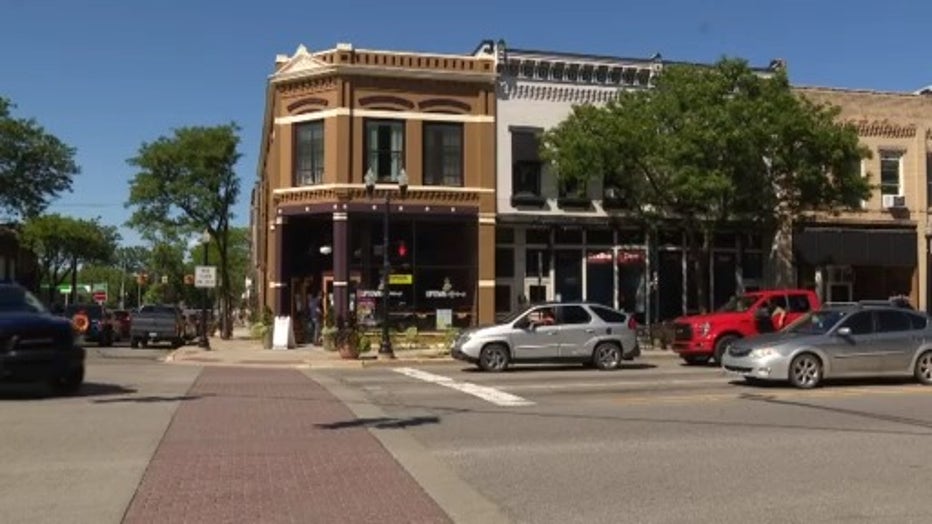