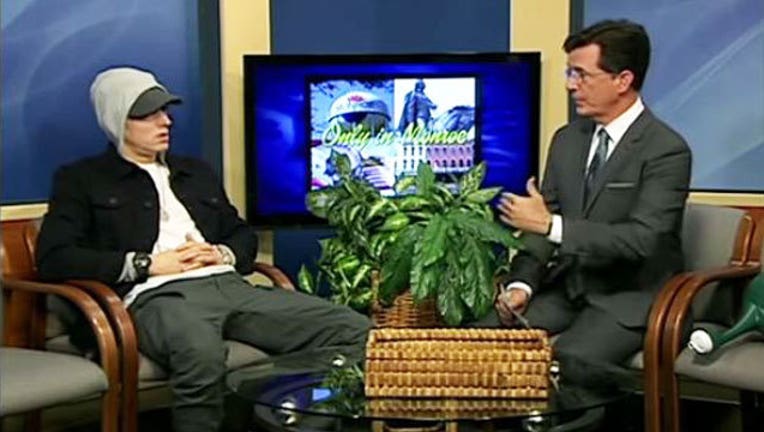 A public access cable show Only in Monroe is getting national attention thanks to the new host of "The Late Show."

Stephen Colbert dropped in on Monday night grabbing dinner and surprise guest-hosting the television show for a 41-minute segment and interviewed Eminem.

First  surprised locals when he got a beer and a burger at Larson's Bar, according to the Monroe Evening News.

Colbert also had on the show's regular hosts Michelle Bowman and former 1988 Miss America winner, Kaye Lani Rae Rafko Wilson. He later painted his nails with the two, on air.

He introduced Marshall Mathers as a local Michigander "who is making a name for himself in the competitive world of music."

Eminem helped Colbert read the community calender announcements at the end of the show.

Watch the entire video above. For mobile users, CLICK HERE