STERLING HEIGHTS, Mich. (FOX 2) - Sterling Heights Police Department launched its free citizens police academy. The academy gives residents a first-hand look at what it takes to be a police officer in their community - including training with firearms.

Civilians get 30 hours of instruction from Sterling Heights officers, including shoot-don’t-shoot simulations, tazer training and a day with a police dog.

The Sterling Heights Police Department is building bridges with their community by offering a free police academy to residents.

"It’s a way to give them a snapshot of what the police world is like," said Sgt. Aaron Susalla. "It’s not a rigid, militaristic kind of class; it’s fun. We laugh a lot, I make jokes, I joke about myself all the time so they appreciate that and they see me as a person."

Susalla says people from 18 all the way up to their 80s have participated so far.

"I had some preconceived misconceptions about what they can and cannot do," said Ron Clary, a 22-year-old Army veteran who took the classes. "The time that we live in there is a lot of negativity directed toward the police department and I wanted to find out from the source."

"Nothing is off the table. They're allowed to ask anything they want and they’re going to get a straight answer," Susalla said.

All eyes have been on police in 2020 with nationwide calls for criminal justice reform.

"I do think we have changed opinions slightly," Susalla said. "It has helped kind of explained the police world that have come in with the negative connotations with police work," Susalla said.

Clary also said he graduated from the academy with a greater appreciation for what the police do.

Everyone joined the academy for a different reason.

"I was a little more worried about him," said graduate Maria Greer. She brought her 21-year-old grandson Amir, who has cognitive challenges. Amir loves the police but will never be a sworn officer. This is the next best thing and a bonding experience for these two.

"I wouldn’t want to be in their shoes not knowing if you’re going to come home at night," Greer said. 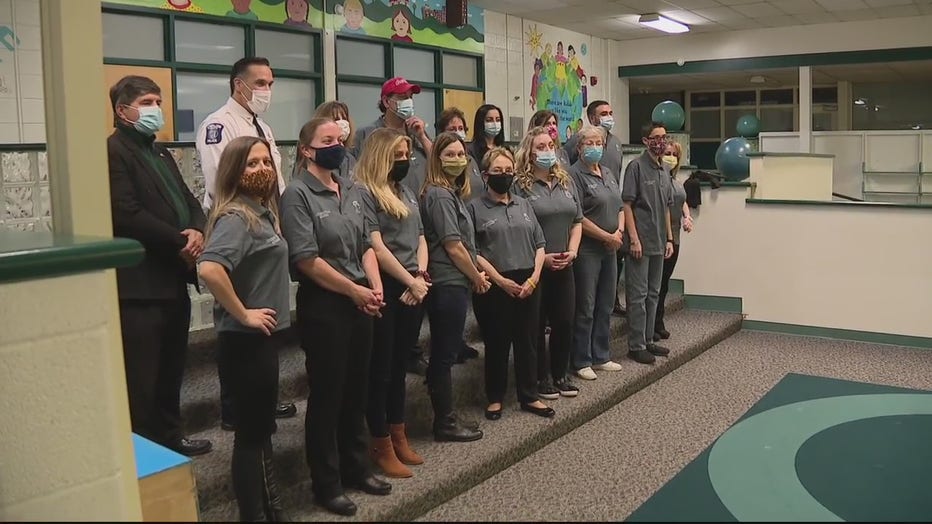 The academy lasts 10 weeks and ends with a ceremony. Graduates will go on to assist in a civilian capacity at the department’s community programs.

"We struggled to get people and now we have waiting lists," Susalla said.

You can get more information on the academy online here.