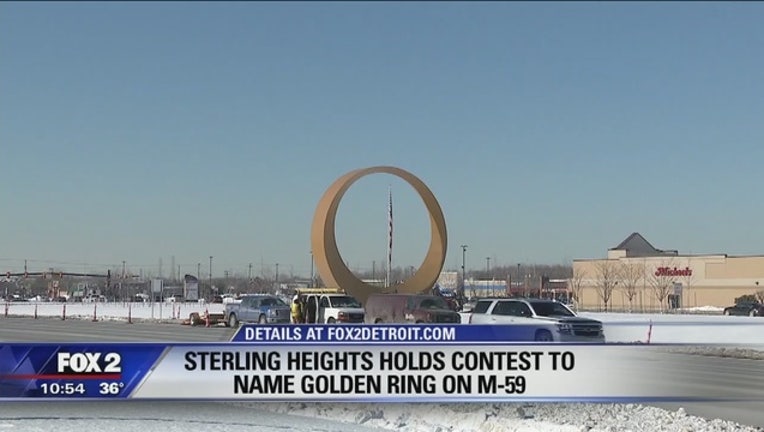 (FOX 2) - In the city's quest to rename its newest landmark, Sterling Heights has released the shortlist for the recently-constructed Golden Ring.

After considering 6,070 individual submissions, the naming contest has boiled down name possibilities to five potential names:

The original construction of the sculpture gave way to a branding snaffu when the creativity of the internet gave momentum to a more vulgar name. You'd have to be living underneath the golden ring to not have seen the news.

In keeping with the lighthearted nature of the naming contest, there was a list of funny submissions the city saw fit to share. Enjoy:

Voting will be open until Midnight on Thursday, March 28. You can cast it here. The winner will be announced at 10 a.m. on Friday.