Stolen Dodge Challenger with kids inside crashes into minivan

The man driving the car was pictured on a stretcher after the crash and is now in police custody. The minivan’s 69-year-old driver was taken to the hospital but is expected to be ok. So are the children.

DETROIT (FOX 2) - Bhargava Mangu’s Dodge Challenger was stolen from in front of his Farmington Hills apartment building a month ago. It was wrecked in a car crash on Detroit’s west side Friday afternoon.

"To see my car in that condition it’s really heartbreaking for me," he said.

Bystanders captured the aftermath on video. The crash put the lives of two kids and an elderly man in harm’s way.

Detroit police say officers spotted that red Dodge Challenger at a gas station near Fenkell and Meyers around 1:30 Friday afternoon and observed it was stolen.

They tried to pull over the 20-year-old man driving it, but say he took off, crashing into a Pontiac Montana.

"I was sitting outside with the kids and I heard a real loud explosion," said a witness.

The man driving Mangu’s car was pictured on a stretcher after the crash and is now in police custody. The minivan’s 69-year-old driver was taken to the hospital but is expected to be ok.

Inside that stolen Challenger were two young children who, thankfully, were not hurt. 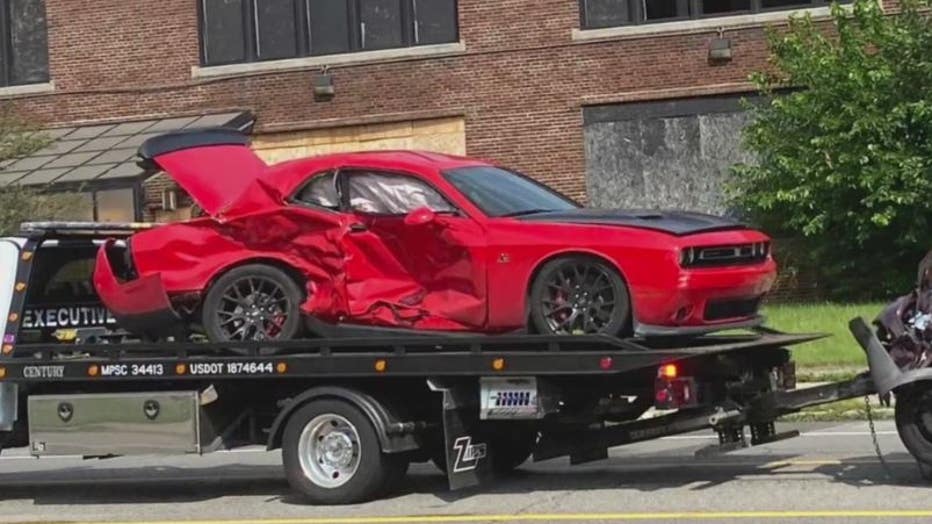 "I don’t know who stole this, but having kids in a stolen car, I don’t think that’s safe or that’s good," Mangu said. "And it’s really sad for me. I really loved that car."

Mangu says he bought his 2018 dodge Challenger Scatpack brand new two years ago and that it was stolen three times within the last year. 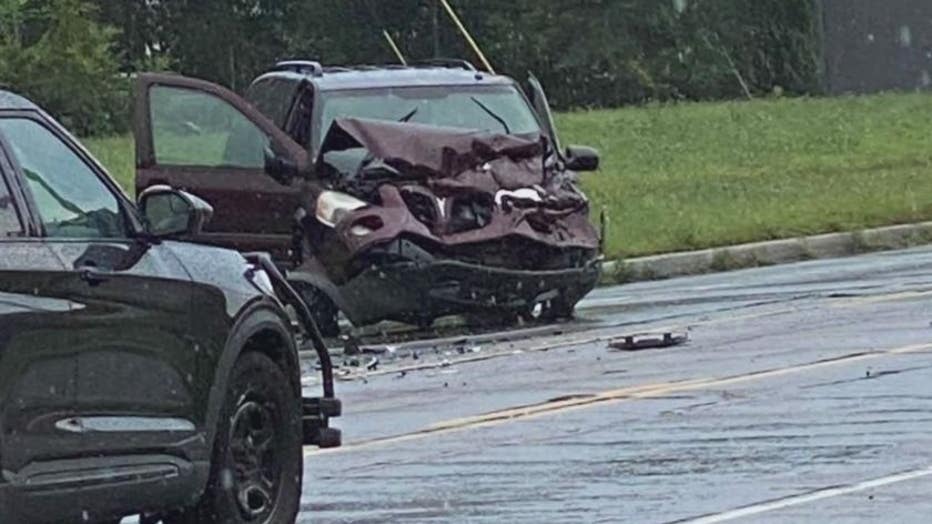 He says planned to trade it in last month but a thief got to it before he could do so.

These sports cars man they do not have more security in them for theft," Mangu said. "Like I said, it was stolen three times in one year. I think that says how bad the theft security is."

Police say they are not sure if the driver of the Challenger was the same person who stole it - as the investigation continues.