Reports from all over came in tonight of a long line of lights were seen Thursday before 10 p.m.

FOX 2 - Sightings poured into FOX 2 Thursday night after strange lights in the sky were spotted over southeast Michigan shortly before 10 p.m.

The lights, which appeared to be a silent long thin white line, were reported from Romulus to Grosse Pointe - even as far as Lansing.

" A strange long string of lights or aircraft traveling west to east over Livingston County in Iosco Township," said Adam Bates from Fowlerville. "Video taken shortly before 10 p.m. tonight.   Absolutely no sound.  Light just faded out as it traveled east as shown in video." 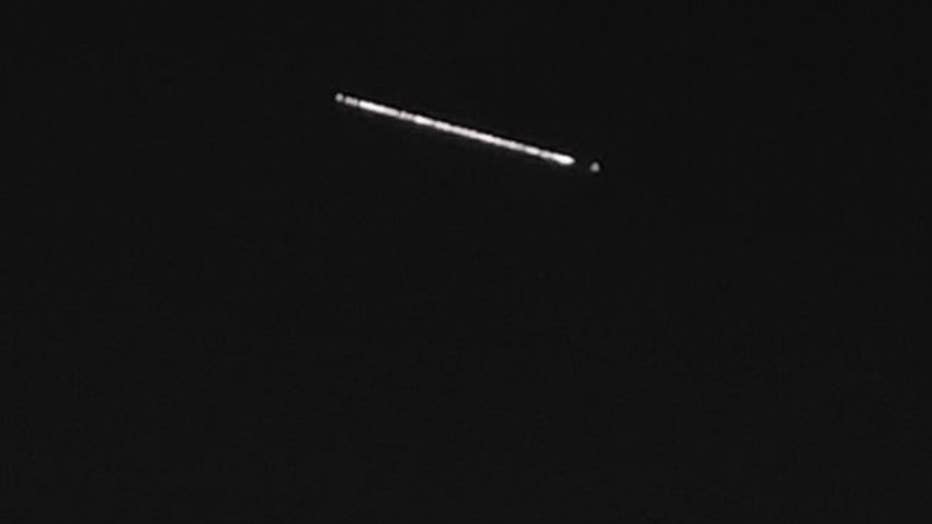 Shaun Ervin checked in from Clawson with the same description of the unusual line of lights.

"My wife and I were walking in Clawson approx. 9:50 p.m. tonight when we saw something in the sky.  A long line of lights moving from north to south. We took pictures and videos.  Suddenly,  the lights dimmed and finally disappeared. Whatever this phenomenon was, was gigantic," he said. 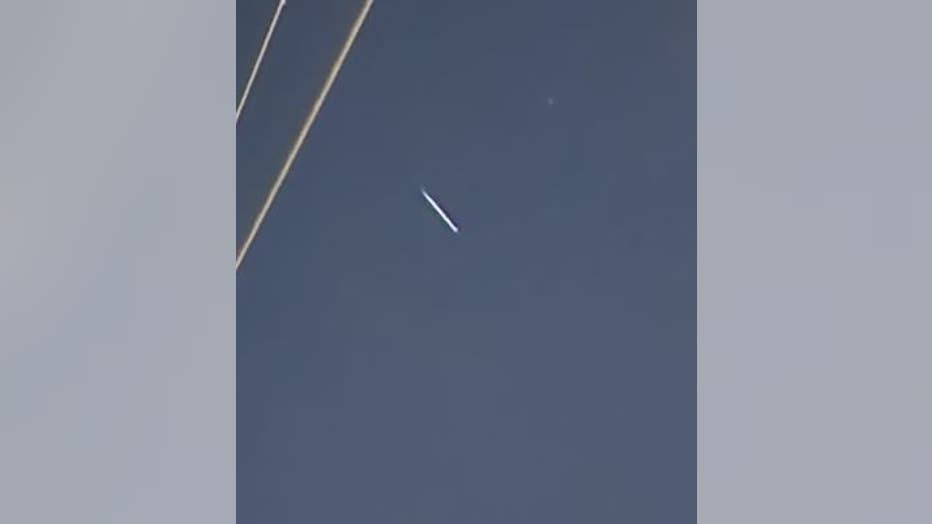 FOX 2's Chief Meteorologist Rich Luterman said he thinks it is a meteorite or a satellite being launched. He added it might be Space X-related.

According to the American Meteor Society, Lyrids become active during the month of April from the 15th through the 29th. There has been no word yet on tonight's activity.