Stranger stabs one family dog to death, severely injures the second in Roseville

ROSEVILLE, Mich. (FOX2) - A pair of 10-month-old puppies Saije and Jnixx were more than just pets to the Taylor family - they were a source of comfort.

"They are for my twin daughters. They are both disabled," said Veronica Taylor.

But after what happened on September 15th, in their own Roseville neighborhood, the Taylor family is in need some help after both dogs were stabbed by an unknown man.

"He stabbed my boy dog in between the eyes and in the side," Veronica said.

That dog, Jnixx, died, the other dog Saije, survived but barely.

"He missed her main artery and her lungs, but the stab wound is three inches deep on her side. So the problem is she needs surgery, because there is fluid building up," she said.

"He viciously just attacked them," she said.

"That big storm that knocked out everyone’s power - it knocked down this tree,"she said. "They ran up the tree stump and got out."

At some point, Roseville police say the dogs encountered an older man walking his black terrier, one street over, in front of Brad Somervell’s house.

"And the dogs were wrapped around him a few times and he had a pocketknife and there was blood on it," Somervell said. "And I asked what happened and he said the dogs came out of nowhere and attacked him."

"They were exchanging words and then the gentleman walking his dog turned right and disappeared," Somervell said.

By the time police arrived, the man was nowhere to be found - but there is reason to believe he lives in the area.

"I’ve seen him a thousand times walking his dog past my house, but since the incident, we have not seen him," Taylor said.

Roseville police say the person they are looking for, is a white man 60 to 65 years old, bald with a scruffy goatee, who owns a black terrier mix. 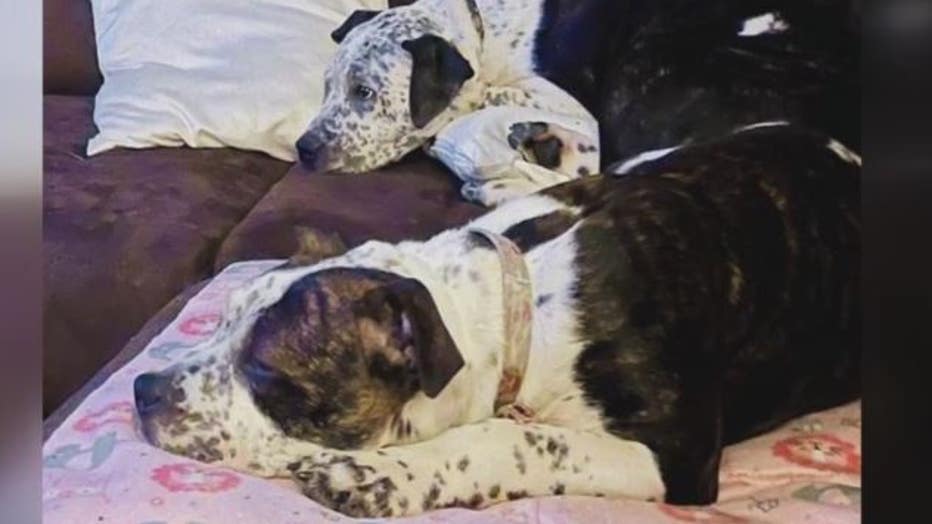