The main sticking point between the union representing professors and the administration is financing. A rep for the union told FOX 2 the university is offering a small raise while trying to cut benefits. The school says the strike - if it happens - is illegal. Picketing is expected Thursday morning on the first day of class.

AUBURN HILLS - Students arriving on Oakland University's campus Thursday morning for the first day of class may not do much learning in the school's lecture halls.

A disagreement during negotiations between the school and the professors could not be overcome before the old contract expired at midnight.

Now, a strike is looming over the university, and picketing is expected at different locations around the campus. Teaching staff believes the wage increase that's been offered is too low, while the school says the educators that do strike will be doing so illegal since they are public employees.

And caught in the middle are students that are beginning their first day of the semester during very strange conditions. Against the backdrop of a resurging pandemic causing disruptions over the summer, students will be walking into their classes without much guidance.

The little guidance that students have received was posted on the school's social media, which told students to check in with their professors and said all normal operations at OU are expected to continue.

RELATED: Contract impasse at Oakland University with professors could lead to strike

On Facebook, the school said both sides "continue to negotiate to reach a tentative contract agreement" and the school hopes to resolve issues quickly with minimal disruption to fall classes, "which will not be canceled."

"Students are advised to report to classes as scheduled and wait at least 15 minutes to determine whether their instructor will be teaching. Students may also contact their instructors in advance to determine whether classes will be taking place. Students will be responsible for all course content and assignments delivered during and subsequent to the negotiation period," read the Facebook post.

The main sticking point in the negotiations, according to a union rep is financing.

"They want to give us just a minuscule raise and at the same time they want to cut retirement benefits, they want to cut our medical benefits. they are interested in cutting our pay for summer school teaching," Karen Miller, of the American Association of University Professors said. 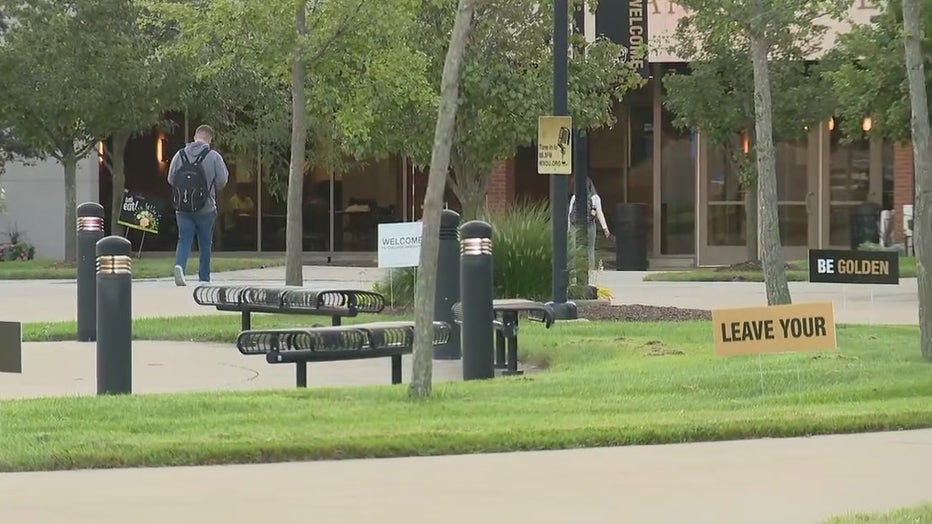 An update from the union at 1 a.m. Thursday morning said in addition to planning a strike, the AAUP has filed an unfair labor practice charge against the university for failing to bargain the impact of the vaccine mandate for members.

Contract negotiations will resume at 10 a.m.