McDonald's protesters show up fighting against sexual harassment in the workplace

McDonald's is now paying. $14 an hour now so they're really not that far off. But the real focus Tuesday was sexual harassment.

A demonstration of large and loud group familiar with protests at fast-food spots in the past - usually for $15 an hour - showed up with a new cause - sexual harassment of workers at McDonald's.

"When they touch a young lady on her behind or her buttocks without her permission. What is that?" yelled organizer Rev. WJ Rideout, to which the crowd responded with a chorus of "sexual harassment."

"There has been sexual resident in the workplace by supervisors, owners and other workers, etcetera," said a protester. "It has to stop."

These Detroit protesters with the rallying cry of "#Striketober" joined others in 12 cities across the country in similar demonstrations.

"I'm here to support all McDonald's workers," said one woman. "To make sure that if anything happening to them in the workplace of the job, or if anything happens, so they co-workers that they stand up and report somebody if they see them doing sexual harassment." 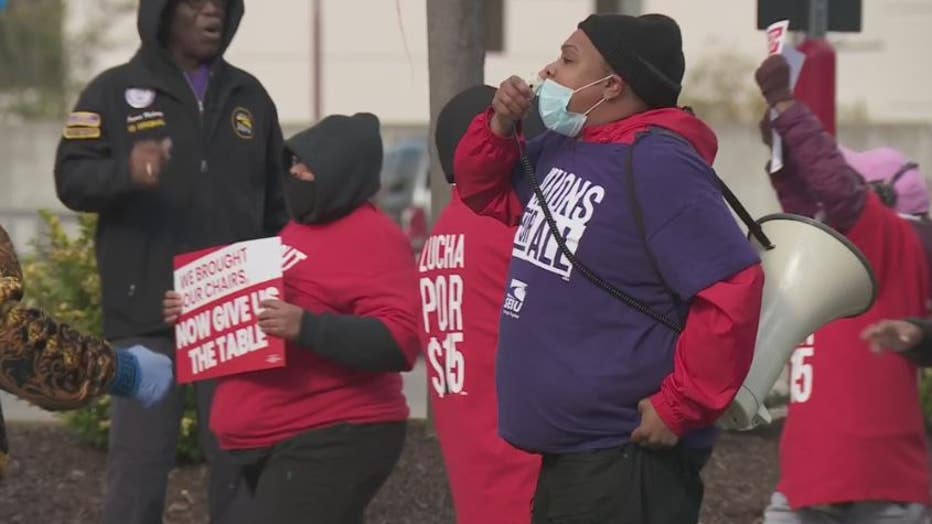 Others marched for other reasons like fair working wages.

"Trying to get people to get more money, and better jobs," another woman said.

McDonald's is paying. $14 an hour now so they're really not that far off. But the real focus Tuesday was sexual harassment,

An email was sent to McDonald's for comment but was not answered. McDonald's has said in the past that it mandates anti-sexual harassment training for all of its workers in both corporate and franchise-owned stores,

McDonald's said they just revamped their policies and procedures this year. 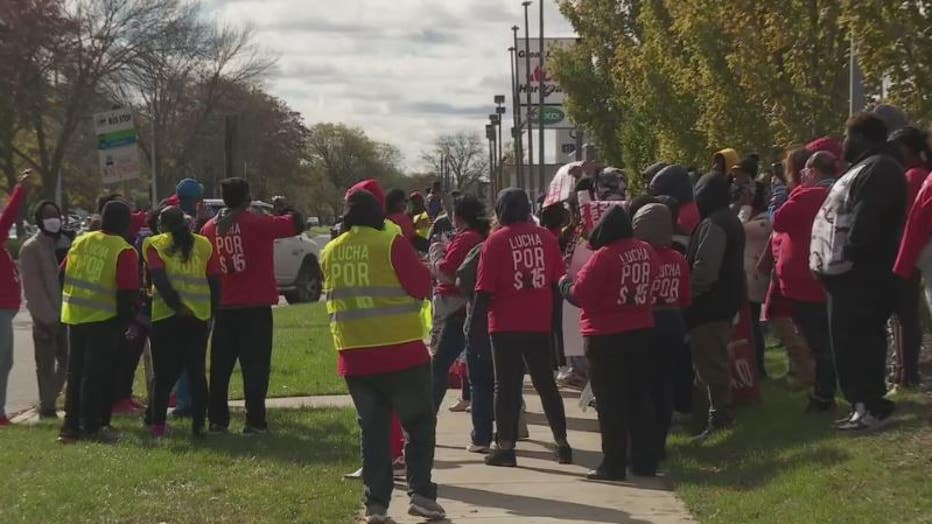