Turkey checks out own reflection ahead of holidays

CAMBRIDGE, Mass. - A turkey did some peacocking near Harvard Square in Cambridge, Massachusetts, intently checking out its reflection in a window.

Wild turkeys have been regularly seen in the area since the 1970s, according to the Harvard Gazette, when biologists trapped and relocated 37 birds from New York to Massachusetts in a repopulation effort.

This video taken by Twitter user @EtIterAdAstra, who said they filmed it on November 23, shows the self-reflective turkey. 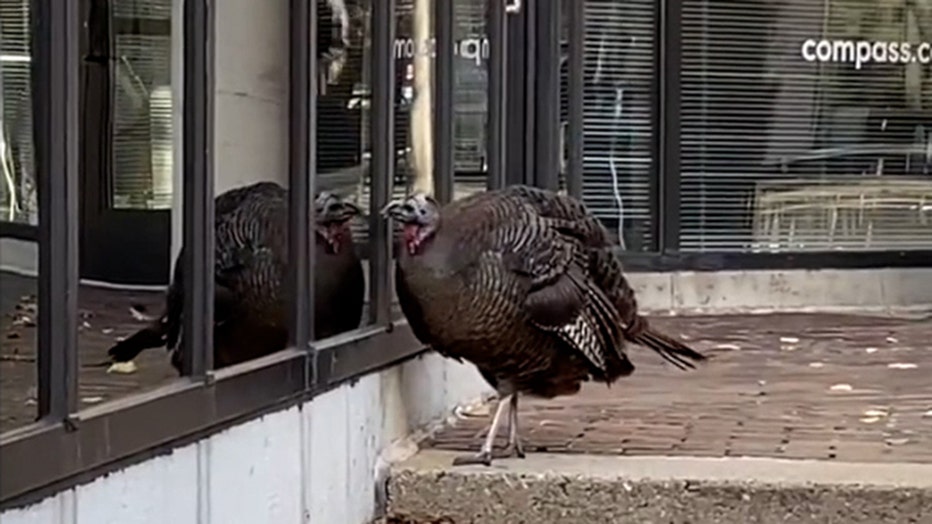