An 18-year-old was arrested after a bag alleged to be his was found in the charter school with drugs, a knife, and Airsoft imitation gun inside.

ROMULUS, Mich. (FOX 2) - An 18-year-old was arrested after a backpack containing drugs, a knife, and Airsoft gun was found inside a charter high school in Romulus Tuesday.

"The bag was suspicious based on ways kids were acting, when they looked inside the bag they reported it’s contents," said Chief Everette Robbins, Huron Township police.

Both the high school and middle school - which are connected -  went on lockdown as police responded and investigated.

"What we located was a bag that had a weapon inside, along with narcotics - that weapon ultimately was an Airsoft gun, so it was not real," Robbins said. "It was not visible that it was not real, but it looked like a real gun."

As the police continued searching the backpack, a knife was also discovered inside. Other contents inside the bag led police to the alleged owner.

"At this point we do have an 18-year-old in custody as a person of interest at this time," Robbins said.

"It is frightening," said Superintendent LeAnn Hedke. "We just followed all of our safety procedures and protocols that we've trained for. Everything that we trained for. Our staff and students really did a wonderful job."

The incident comes nearly six months after the Oxford High School shooting where four students were killed and seven people were injured, including a teacher.

"That’s something that we gave been contemplating," said Hedke.

After the scene was deemed safe, classes resumed but some students called their parents to pick them up.

"Once they called off lockdown that’s all I could think about," said student Brandon Muzzey. "I got butterflies in my stomach, and I was nervous and all that, so I texted my mom to come and get me."

Some parents say they will keep their kids at home until they feel safe.

"I don’t think he’ll come back until Monday he’s going to take a couple of days off," said Brandon's mother, Rhonda Price.

Social workers are at the school for students who need them. But as for the student who was taken into custody police are still searching for answers.

"We’re going to talk to that individual and we're going to hope we can get to the 'why'" Robbins said. "(For) prosecution - should there be some - he would be considered an adult." 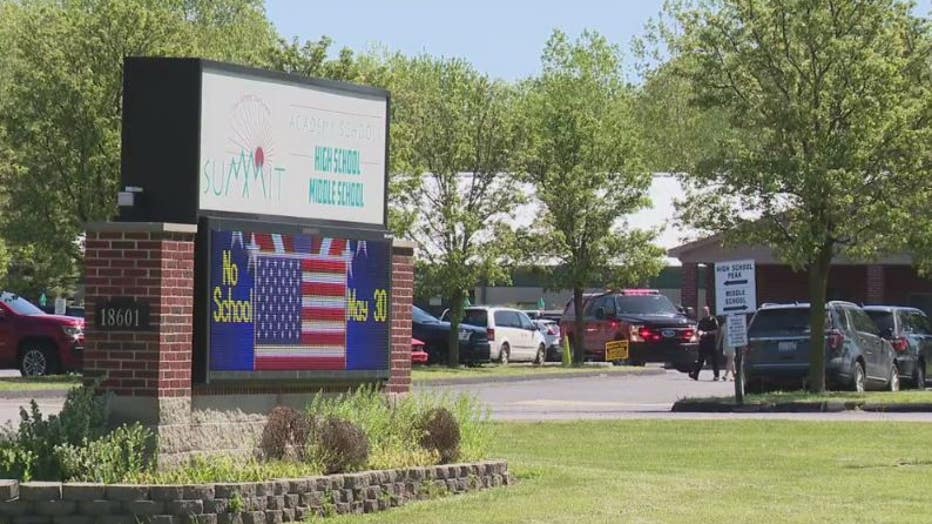