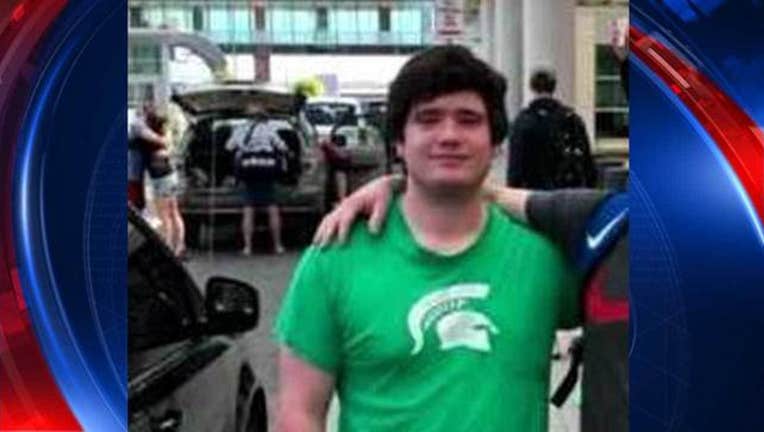 NORTON SHORES, Mich. (FOX 2) - A suspect is in custody after a 20-year-old man was killed by a crossbow arrow in western Michigan.

Marcus Olmstead was found on the driveway of his home Wednesday with a crossbow bolt in his torso. He was found by his twin brother.

Emergency workers tried to revive him but he died at the home in Norton Shores, which is just south of Muskegon along Lake Michigan.

Norton Shores police said they arrested a Grant man Thursday on a charge of open murder in Olmstead's death.

Police say the 20-year-old suspect knew Olmstead and the shooting wasn't a random act. The suspect's identity is being withheld pending his arraignment.

Olmstead's stepmother says he had returned from a friend's house hours before his death and had been waiting for a girl he had messaged.