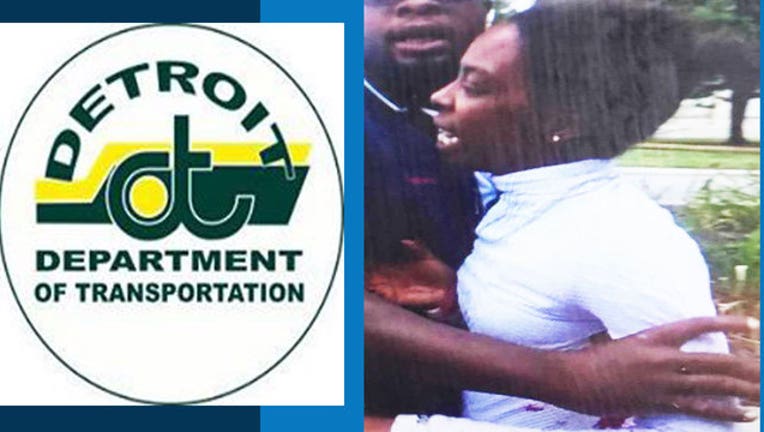 The suspect in a fatal stabbing aboard a city of Detroit bus is in custody.
Tiffanie Edwards, turned herself into police accompanied by a lawyer on Thursday.

Edwards allegedly stabbed a 50-year-old woman to death during an argument in the area of Rosa Parks and West Grand Boulevard at about 3:30 p.m. Wednesday

Edwards is scheduled to be arraigned Friday morning in 36th District Court.

‎Prosecutor Kym Worthy said: "We are currently trying to move our Region forward by expanding modes of transportation for our citizens and visitors. This alleged and senseless violence will not be tolerated.

"We have charged this defendant with murder in the first degree and if convicted, she will serve the rest of her life in prison."

According to police as the victim woman moved to get off, she bumped into another Edwards, 29, who was trying to get on. That sent the two into a physical altercation that culminated in the younger woman allegedly stabbing the other woman.

In the ensuing seconds, there was an "avalanche" of people pouring out of the halted vehicle, police said. Edwards was pulled away from the scene by a bystander, who then led her off the bus before she fled.