DETROIT (FOX 2) - The wheels of justice are beginning to turn in the De'Angela Richardson murder investigation, but it won't bring Andre Arrington any peace anytime soon.

"I got the call today they picked up a few of the guys and they still got an ongoing investigation," said Arrington.

Suspects linked to DeAngela Richardson murder connected to other crimes

Tyrell Jones and James Dent, both 20 years old, are facing murder and robbery charges in his fiancée’s death. Authorities say Jones and Dent robbed and shot the 42-year-old mother and wife-to-be inside the apartment building where she worked back on Oct. 4.

"I was there from the moment it happened, to when I found her on the floor, to the moment she left earth," Arrington said. "It destroyed our family."

It would not be the last.

According to police, they carjacked a man around 7 a.m., shot a man on the 9900 block of Petoskey about three hours earlier and killed 28-year-old Delshon Scott around 1:30 a.m. in front of his home on Fielding near Joy Road.

Scott's family says he was just getting home from his job after dropping off two coworkers. Jones and Ayoub demanded his keys at gunpoint. Scott handed them over but was shot anyway. He leaves behind his girlfriend, their 7-year-old daughter and their unborn son. His girlfriend is 5 months pregnant.

"If people are giving you what you're robbing them for, why shoot them? Why make it worse than what it already is? I don't get it," Arrington said.

No one does. And no one could. 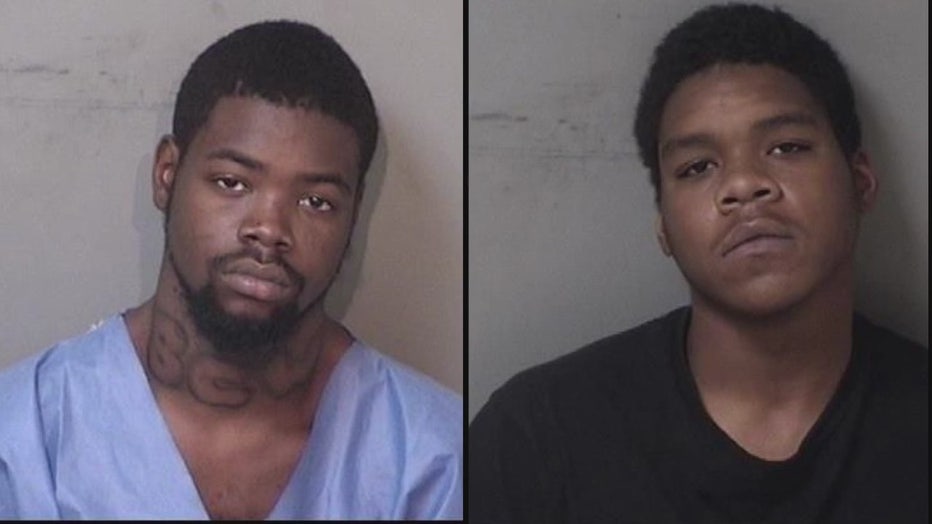 Jones and Ayoub are facing murder, assault, carjacking and arson charges for the string of crimes on Oct. 19. If the men are convicted they could spend their lives behind bars.

"These kids need to really understand these are senseless acts that hurt families," Arrington said. "It goes deeper than just you out there robbing somebody. When you pull that trigger it is deeper than just that person you shoot. You don't know who they are leaving behind, taking care of, how many kids they got, you don't know any of that.