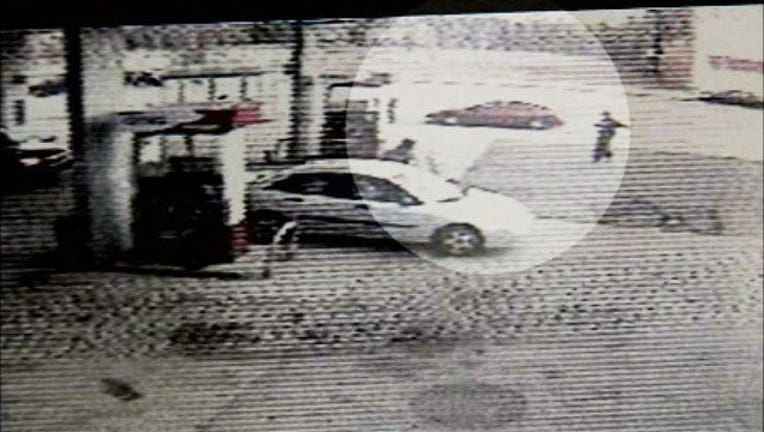 Ross' friend who police have not yet identified, was rushed to the hospital with injuries - he was listed as temporary serious condition.

In the gas station video a red Mercury Cougar is seen running at a high rate of speed without warning, virtually explodes the bus stop driving entirely - striking the two men.

The car was northbound on Woodward and actually crossed the center turn lane and three oncoming lanes before striking the bus stop.

Fortunately no other vehicles or pedestrians were hit in the accident, which police say was alcohol related.

Klimek was also hospitalized with facial laceration injuries, but was not arraigned. A magistrate did sign a complaint legally charging him.

Klimek was released from the hospital and transferred to the detention center awaiting a judge to read his charges for a formal arraignment.