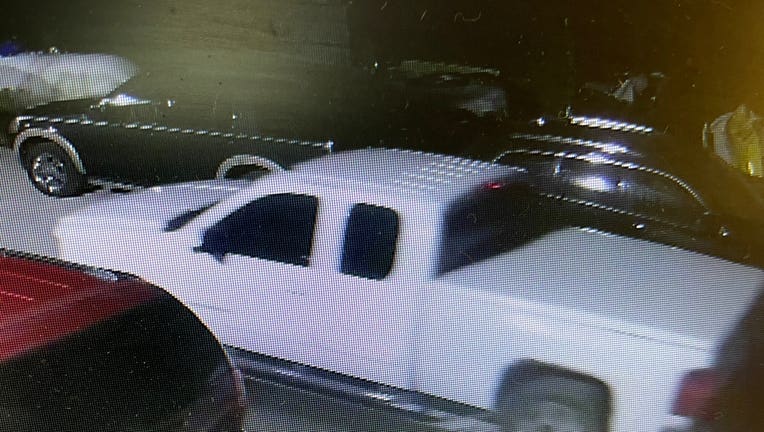 LENAWEE COUNTY, Mich. (FOX 2) - Police are searching for a suspect who attempted to steal the catalytic converter off a vehicle that was parked at a Lenawee County collision shop early Saturday.

The suspect drove up to Irish Hills Collision at 14221 W US 12 Hwy. in Brooklyn at 3:09 a.m. and crawled underneath a vehicle. He started to remove the catalytic converter but stopped abruptly and left at 3:15 a.m. after he was startled by a neighbor, police said.

Police said the suspect arrived and fled in a mid-2000s, white four-door pickup truck with half doors in the rear driven by another person. It may have been a Chevrolet Silverado, police said, and had a white tonneau cover and no visible license plate.

Anyone with information is asked to contact Tpr. Tyler Rutkowski with the Michigan State Police Monroe Post at 734-242-3500.