Two men were shot with one dying outside the Pantheion Club in Dearborn. Police are on a manhunt for the killer.

The shooting happened in the area of Michigan Avenue and Oakman at 9 p.m. outside the Pantheion Club in the city's east end. The suspect is considered armed and dangerous and fled the area in what is believed to be a blue Chevrolet Impala.

Police officers responding to the call of shots fired found the 24-year-old had been shot several times.  He was conveyed to Beaumont - Oakwood, where he died from his injuries.  The second person who was also shot, but had minor injuries.  He was treated and released from the hospital. 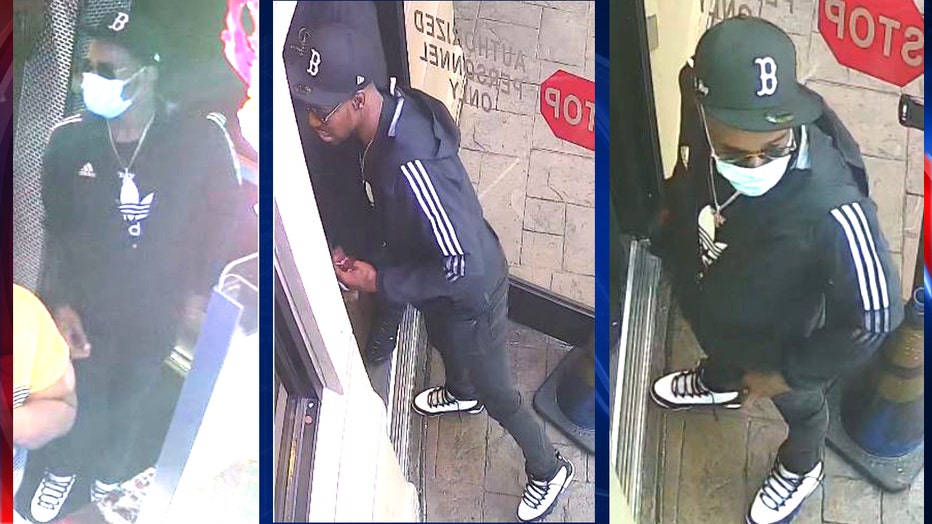 Investigators say a group of people engaged in a verbal and physical altercation with the suspect.  The suspect then pulled a handgun and opened fire.

"We will leave no stone unturned and will utilize all available resources to solve this heinous crime," said Dearborn Police Chief Ronald Haddad. "Our thoughts and prayers go out to the families of the victims.  I urge the community to speak out and help us bring the person responsible to justice."

Security video shows the vehicle a suspect was driving after shooting two people and killing one on Tuesday near Michigan Avenue and Oakman. Courtesy, Dearborn police.

Anyone with information related to this crime is asked to contact the Dearborn Police Department at (313) 943-2241. If you wish to remain anonymous, please call Crime Stoppers at 1-800-SPEAK-UP.