The sign next to Nate Smith's Ring Doorbell which caught a package-grabber on camera, reads "Have yourself a Merry Little Christmas." But on Wednesday the guy must not have realized that's not a license to just steal stuff off the porch.

On video it shows a guy in a red hoodie and black pants walking up, taking the package off the porch from the Reek Street home and goes to a tan or silver gray Chevrolet Impala and leaves.

"He just pulled up and only took one package out of the two that were sitting there," Smith said.

Smith called police immediately after he says it happened at about 1:30 in the afternoon.

"I sat down and watched him take it live," Smith said. "He actually got woman's clothing."

On Wednesday at around the same time, the Allen Park police working the case said a home on Manor Street was also was the target of a porch pirate. 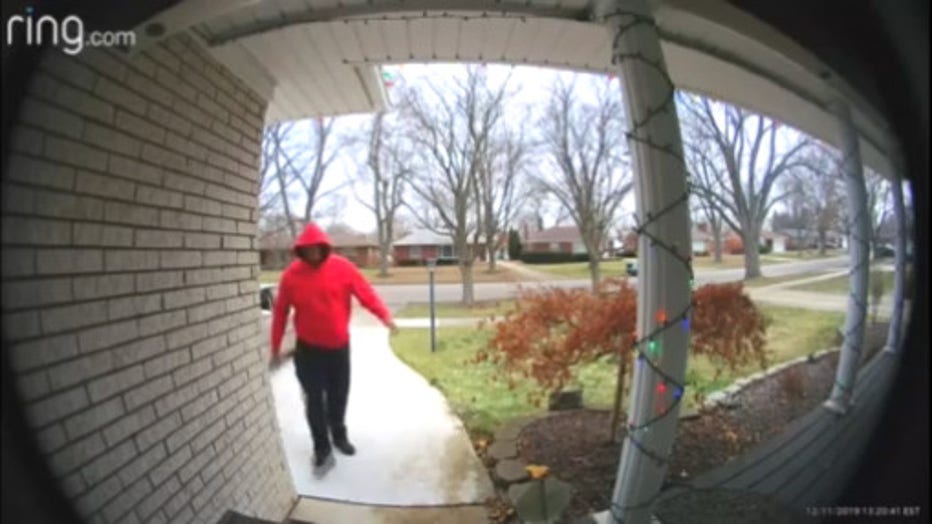 Police didn't say which one but they are hoping to get this guy fast.

"We have a very busy street, we usually have neighbors out all the time." Smith said. "Actually a gentleman across the street saw him but couldn't get out of the house in time to follow him."

Smith showed Facebook posts from other people who may have also been hit. Police can't say if it is the same suspect.

Allen Park police said they have only two cases in which someone actually made a report about this porch pirate - but they do believe the two cases are connected. 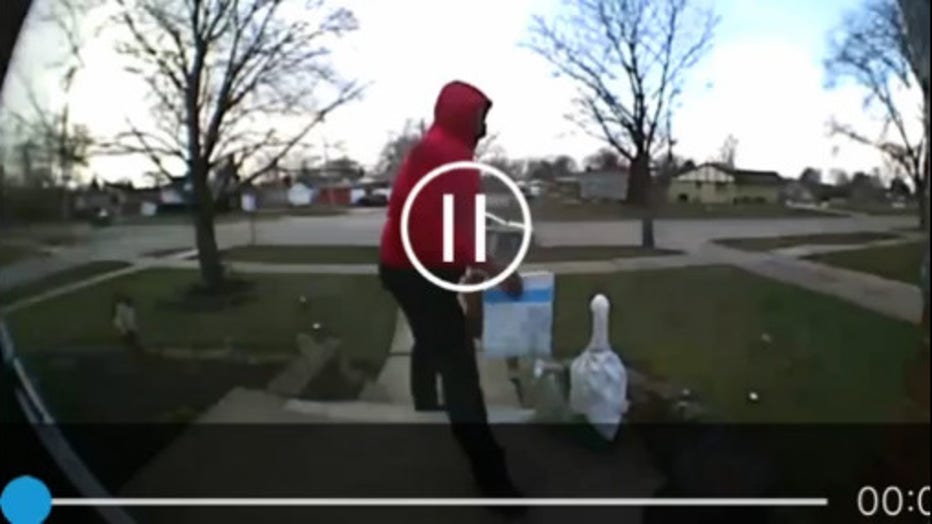