After street rises and buckles in SW Detroit, businesses closed and building razed for investigation

At the intersection of Fort and Dearborn streets the investigation continues Tuesday into what caused the street to rise eight to 10 feet high and buckle.

DETROIT (FOX 2) - Community activists are calling on Detroit officials to enact an evacuation of residents near and around the area impacted by an underground disturbance.

It's unclear what caused the damage underground on the city's southwest side, but it left a major road at the intersection of Fort and Dearborn streets cracked and elevated up to eight feet and a provisioning center damaged, forcing it to be razed.

Officials claim there is no evidence of an explosion but have offered no clue yet as to what caused the dramatic landscape disruption which workers at the provisioning center said sounded like an earthquake. The initial damage to the building was Saturday night, which caused a brick wall on one side of the business to collapse. But by Sunday, the carnage got even worse when Dearborn Street began rising several feet in the air as it split in half.

An organization called the Southwest Detroit Community Benefits Coalition is requesting an evacuation due to uncertain safety and changing conditions at the site. 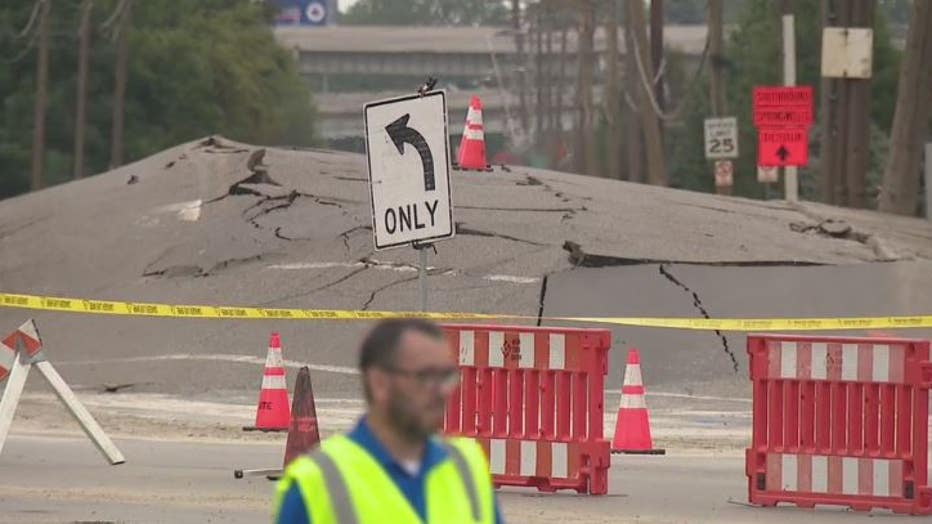 Pastor Kevin Casillas said in a statement that the safest alternative would be to remove residents from around the area.

"The site is unstable, the cause is not known, and the direction it is taking is unpredictable, and all of this is occurring in an area where we understand there are high-pressure gas lines," said Casillas with the coalition. "An abundance of caution must continue to be taken to protect people. If we can’t assure people of their safety, we must let them know and provide them safe options.

"Thankfully, DTE has cut the gas from a mainline to the area. In this yet unknown situation, we cannot subject families to further stress and fear for their safety."

Casillas also shared concerns for the neighborhood's wastewater facility which was paused due to the incident.

"We are also concerned about a heavy backup of human waste at the wastewater facility in the neighborhood due to the utility stoppage affecting the wastewater plant operations. The stench can be unbearable and if there are heavy rains, what else are people going to have to endure?"

The area is known to get special consideration due to the underground infrastructure, the coalition said. Due to the high-pressure utilities underground, street trees could not be planted on Dearborn Street this summer while in contrast, "several tons of iron ore is piled high at a scrap yard facility at the epicenter," the release said.

Officials said there was no explosion but the ground swelled, leading to the damage. Experts said they have never seen anything like what happened, before. 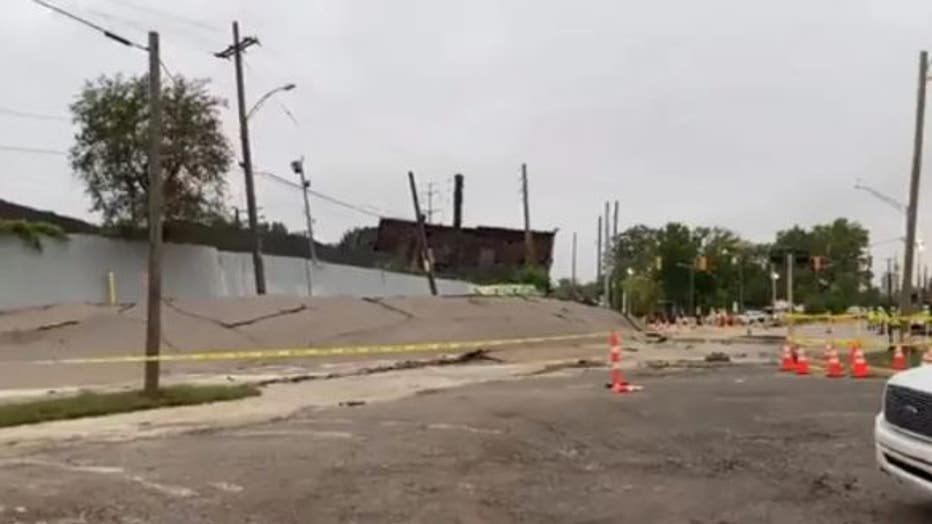