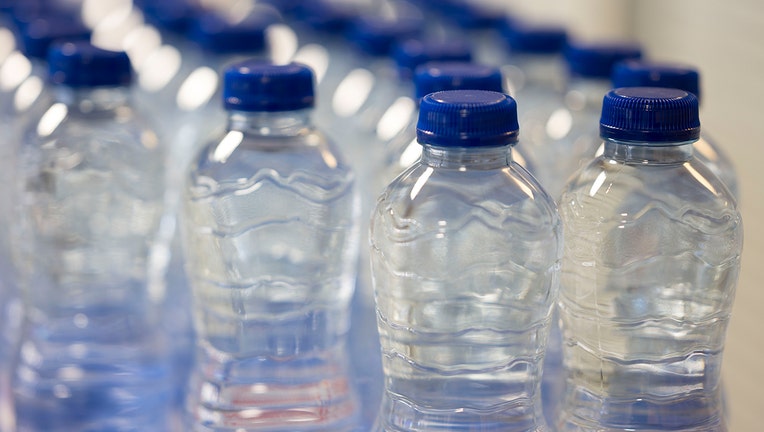 DETROIT - Michigan on Wednesday urged residents of Benton Harbor to use only bottled water for cooking and drinking, a major shift in response to the city’s elevated levels of lead.

The state recently said it would distribute free water and filters in the southwestern Michigan city. But federal regulators now are reviewing how effective the filters are in removing lead from water at certain levels, according to the health department.

The state said more than 15,000 cases of water will be delivered in the coming days to the predominantly Black and mostly low-income community.

"We think they probably are effective," health department director Elizabeth Hertel said of the filters.

"Right now don’t use the water for cooking or drinking, even the filtered water, until we can guarantee the efficacy of those filters," Hertel told The Associated Press.

She didn’t know how long it would take. Filters so far have been given to more than 2,600 homes, the department said.

"Certified filters that are properly installed and maintained are very effective in reducing lead concentrations in drinking water," the EPA said, citing studies.

A local activist, the Rev. Edward Pinkney, said he has boxes of filters at his church. He’s pleased with the state’s emphasis on bottled water but said residents need to hear a stronger message.

"The water is unsafe to use. Period. Any use. That will get more attention around here," Pinkney said.

Benton Harbor, population 9,600, is in Berrien County, 100 miles from Chicago. Pinkney and environmental groups have accused Gov. Gretchen Whitmer’s administration and local officials of failing to adequately respond since lead contamination was discovered three years ago.

Whitmer has called for spending $20 million in Benton Harbor to replace nearly 6,000 service lines, most suspected of containing lead, within five years.

Lead is considered harmful at any level, and children are particularly vulnerable because it can slow growth and result in learning and behavior problems.

Two hundred miles away in Flint, lead contamination occurred in 2014-15 because water pulled from a river wasn’t properly treated to reduce corrosion in old pipes. The river was tapped as a cost-saving move by managers appointed by then-Gov. Rick Snyder.

Benton Harbor, like many communities in western Michigan, gets its water from Lake Michigan. The problem apparently is the condition of the water after it is treated and moves through an aging distribution system into homes.

While recommending that residents use bottled water, the state still urged them to run their faucets or bathtubs daily to keep tap water moving.